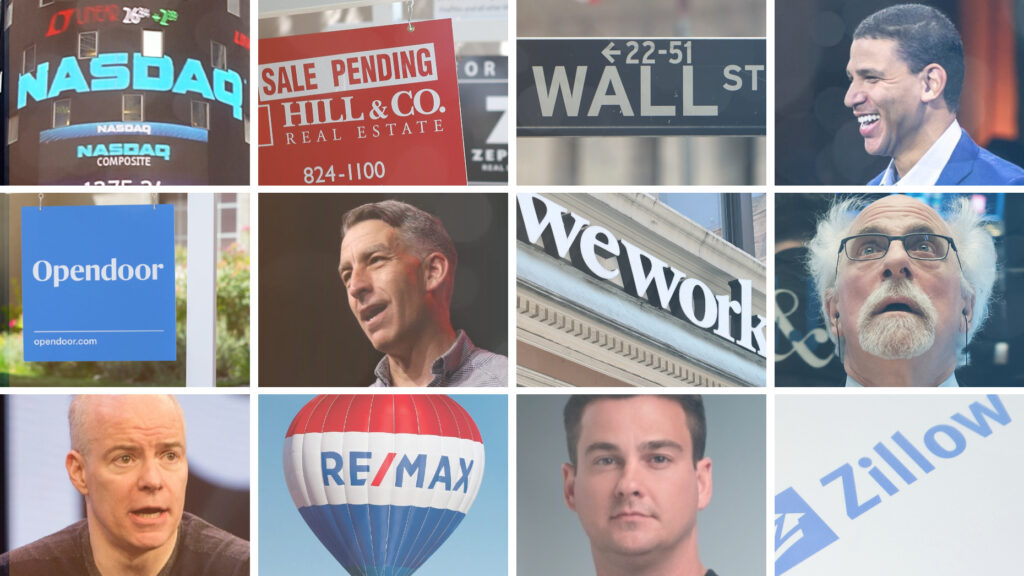 In a shifting real estate market, the guidance and expertise that Inman imparts are never more valuable. Whether at our events, or with our daily news coverage and how-to journalism, we’re here to help you build your business, adopt the right tools — and make money. Join us in person in Las Vegas at Connect, and utilize your Select subscription for all the information you need to make the right decisions. When the waters get choppy, trust Inman to help you navigate.

At long last, the moment of truth has arrived.

For the last two-and-a-half years the real estate industry has been holding its breath. When the coronavirus pandemic arrived on US shores it briefly seemed like the sky was falling and the market would crash. Things did briefly slow down, but of course, they then picked right back up. In 2020 and 2021, many agents with an established roster of clients had the best years of their careers.

But in conversations over that period many agents also mentioned a sense that something would eventually change. Although the specific theories varied, industry pros often pointed out that real estate is cyclical. Eventually, markets always shift.

And now that shift has arrived. Thanks to an unprecedented spike in mortgage rates earlier this year, demand has cooled considerably, price appreciation has slowed way down, homes are sitting on the market longer and the relentless boom times of last year are for some a fading memory.

It’s against that backdrop that all the major, publicly-traded real estate companies are beginning to report their latest earnings. Earnings are always worth watching but it’s hard to recall any batch of reports that will be more pivotal. That’s because these latest reports will reveal earnings from the second quarter of this year, which happens to be when the market shift was really coming into full force.

The reports also come as Inman Connect Las Vegas unfolds, meaning many leaders and fans of the companies will all be together in the same place. It’s a recipe for buzz.

Many or most companies are likely going to report drops in revenue and profit given the realities of the market. But more specifically this season will offer insights into which are preparing for tougher times and which might fail.

Here’s when the major real estate firms are reporting their earnings and what you need to know:

Anywhere, formerly Realogy reported its earnings on July 28 and revealed that its revenue during the second quarter of 2022 declined 6 percent year over year to $2.1 billion. Among other things the company saw lower transaction volume, and CEO Ryan Schneider ultimately attributed the drop in revenue to “a much tougher housing market.” Still, Anywhere managed to remain profitable, although its net income dropped compared to last year.

As the first major earnings report of the season, Anywhere set the tone. And Schneider’s comment about “a much tougher” market is likely to echo through the reports to come.

EXp World holdings reports earnings on Wednesday. The virtual brokerage has been one of the biggest success stories of recent years and a huge part of that story is rapid growth. The company has managed to grow both geographically and has become a recruiting behemoth. Recruiting is one thing when times are good and multitudes are flocking into the industry but it’s something else when the market gets leaner. It’ll be worth watching eXp’s earnings, then, to see how its pitch to agents is faring when it’s harder to make money in the trenches.

Offerpad also reported earnings on Wednesday. The company is the second largest dedicated iBuyer after Opendoor and will consequently be a useful early indicator during earnings season about how the cash offer model is holding up in a time of slower appreciation. Offerpad also managed to achieve profitability before any other big dedicated iBuyers, so one big question going into Wednesday’s report is if it has managed to extend its money-making streak.

Zillow reports earnings on Thursday. The portal giant elicits strong emotions from members of the real estate industry, and its size means it plays a major role in shaping how real estate works. All of which means this will be one of the most important earnings reports of the season. It’ll be especially worth keeping an eye on the company’s Zillow 2.0 initiative, which originally included iBuying until the company abandoned that effort last fall. Now, investors will be watching closely to see if the company can successfully figure out other ways to evolve and innovate. Zillow’s report will also likely include information on traffic to its websites and mobile apps, which will hint at how consumers are dealing with a changing market.

Opendoor is king of the iBuying mountain and had its first profitable quarter at the beginning of the year. As with Offerpad a big question going into Opendoor’s earnings will be if the company managed to remain profitable. Opendoor’s success so far has also been widely cited as evidence that Zillow’s stumble in the sector did not reflect a fundamental problem with the cash offer model. But it’ll be interesting to see how that model now holds up; in 2021 an investor could buy a house, wait a few weeks and sell it at a profit in many markets. That’s less true now and it’s worth watching for any pivots Opendoor might be making as a result.

Redfin operates a portal, a brokerage, an iBuyer and a variety of other businesses, so it’s always worth keeping an eye on the balance between enterprises and which are growing fastest. Redfin’s portal business is also another useful indicator of consumer sentiment: Are would-be homebuyers doing more or fewer searches? Are they looking at particular parts of the country? Redfin’s CEO Glenn Kelman is also one of real estate’s frankest voices and has not shied away from taking stands on hot-button issues or from calling trends as he sees them. The company’s earnings reports consequently represent rare opportunities to hear high-level comments that don’t sound like they’ve been lawyered to the point of meaninglessness.

Rocket Companies is the largest mortgage lender in the US, which places it on the front lines of the current rate-driven market shift. Like many other mortgage firms, Rocket has been working to shrink its workforce, although in its case it turned to buyout offers for about 2,000 workers rather than layoffs. The buyout offers started going out during the second quarter, so Thursday’s earnings report will be the first chance to see if they’re having a meaningful impact on the company’s bottom line. More broadly, the report will also probably shed light on just how much the mortgage industry is suffering as demand for loans cools way down.

RE/MAX was once upon a time an upstart brokerage that revolutionized the industry by, among other things, changing commission structures. Today though, the company has been around long enough to have become a stalwart. And so while the earnings reports of Zillow and Opendoor will shed light on how tech and venture capital are interacting with real estate, RE/MAX’s earnings will be a good gauge of the franchise world — which is still a huge part of the industry.

WeWork has been on the cusp of revolutionizing office space for years but has struggled for years as well. The last time it reported earnings in May it was still losing money, although its losses were narrowing and its revenue was rising. WeWork’s earnings will be worth watching this time to see what trajectory the company is on and if high-flying startups still have the potential to change the world. More practically, WeWork’s fortunes are tied to physical offices, meaning the company’s earnings will hint at how quickly and to what extent the work landscape is returning to pre-pandemic norms.

Expedia is a travel giant but the relevant part of the company for real estate professionals is its Vrbo short-term rental marketplace. Along with companies like Airbnb, Vrbo has helped build short-term rentals into an asset class of their own, and many consumers now buy vacation-oriented properties in large part to rent them out on tech platforms. The pandemic was a boon to brands like Vrbo, thanks to the ability of more workers to do their jobs remotely. Expedia’s earnings will thus be a chance to see how that trend is holding up and what might happen to vacation homes in a shifting market.

Fathom is a virtual brokerage and real estate services company that has seen rapid growth in recent years. As is the case with eXp, the company’s victories are tied to a successful recruiting campaign, and so this earnings season will be a chance to see how that strategy holds up in a shifting market. Fathom’s earnings are also a chance to see how the tech-forward and virtual brokerage model works for a company operating at a smaller scale than rival eXp.

Compass rounds out the major names during this season’s earnings. That means the company’s performance will naturally be held up against its various rivals. Did it outperform anywhere? Or eXp? Compass is another highly polarizing company so it’s worth being up to date on what it’s doing. But it’s also a test of some very specific business practices. Compass is funded, for example, by venture capital. And despite having a large national footprint, it doesn’t franchise. So Compass’ latest earnings will be a useful glimpse into how a new generation of real estate companies fares in a world that older stalwarts have long dominated.