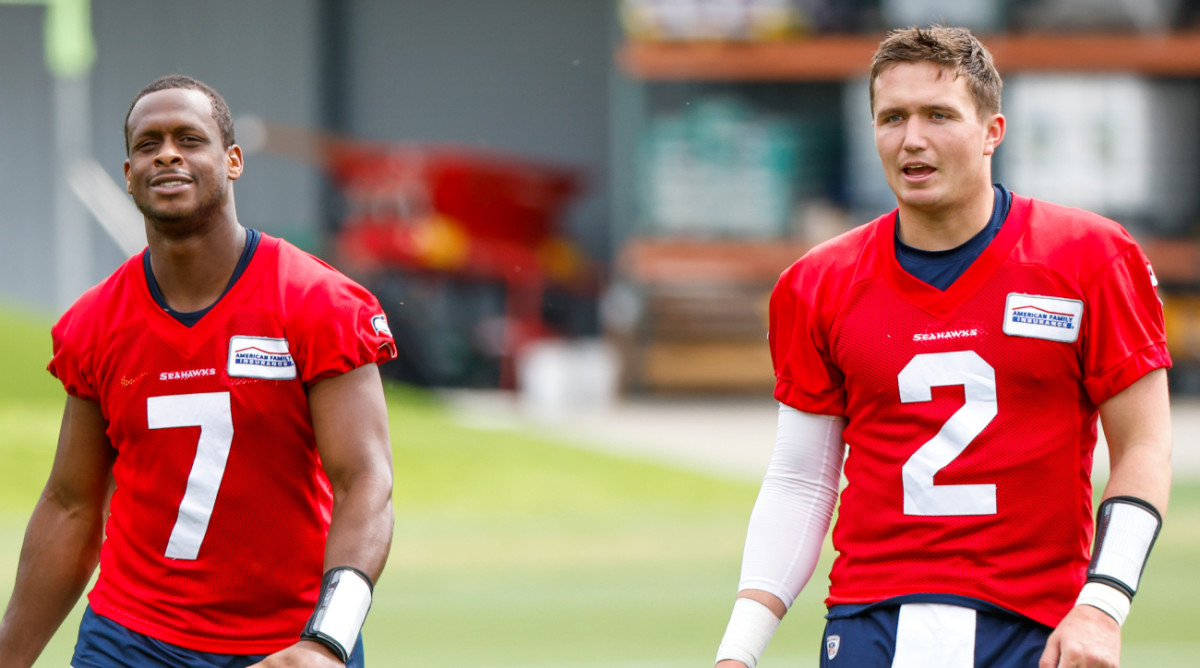 The Seahawks quarterback battle continues during this year’s training camp. Coach Pete Carroll has yet to name an official starter for the 2022 season.

Carroll will be naming a new starting quarterback for the first time since Russell Wilson joined the team in 2012. Wilson was traded to the Broncos in the offseason this year.

Previously, the Seattle coach said Seahawks veteran Geno Smith was leading the battle between Drew Lockwho was acquired in the Wilson trade from Denver.

Carroll’s leader remains the same after he was asked this week at training camp for any quarterback battle updates.

“Geno continues to be on top, he’s ahead, he’s been in the lead for all the obvious reasons, and he’s holding onto it and doing a really good job of battling,” Carroll said, via Pro Football Talk. “Both guys are communicating beautifully, they’re learning well, we don’t have any issues with anything we’re trying to do. There are no issues here where we have to ‘Oh, we can’t quite do this or that with this guy or that guy,’ it isn’t like that. They’re very talented arm-wise, and the ability to throw the ball down the field is there. So, let the games begin.”

But, Carroll has not officially decided to make Smith the starter. Lock still has a chance as long as he completes certain tasks, as the coach laid out below

“Just stay out there,” Carroll said. “He just needs to stay out there and show us how he’s going to make his decisions when the big opportunities come. He’s made a ton of plays already. He’s made a ton of good throws, he really runs well, he’s elusive, he has a really quick trigger, his ability to release the football shows up, he has a lot of talent now. So we just need reps. We need turns, we just need to see more situations to really find any reason to see a difference between the guys. There’s just not enough stuff yet.”

Smith has been with Seattle for the last two seasons, and he saw a three-game starting role when Wilson was out with a finger injury. He started his first two seasons in his NFL career (2013, ’14) with the Jets.

For more Seattle Seahawks coverage, go to All Seahawks.