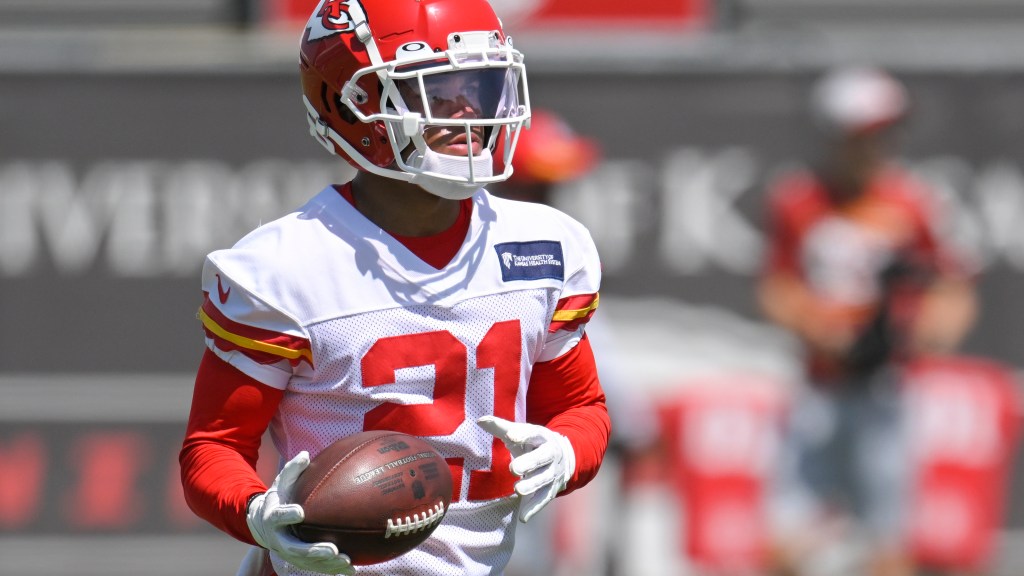 Defensive improvement is a must for the 2022 Kansas City Chiefs’ hopes of winning another Super Bowl, as evidenced by April’s draft class. The team went all-in on finding talent to fill gaps left by players who departed in free agency, and early indications of their efforts from training camp are overwhelmingly positive.

Perhaps the most important piece to their defensive puzzle this season will be rookie cornerback Trent McDuffie, who they traded up to take in the first round. His skill set as a sticky cover corner with ball skills should serve the Chiefs well as they look to solidify their defensive backfield.

After Thursday’s practice in St. Joseph, defensive coordinator Steve Spagnuolo gave the press some insight into the corner’s development, noting the toughness McDuffie brings to the table. Asked specifically about how the cornerback is progressing in camp, Spagnuolo’s comments were overwhelmingly positive.

“great job,” Spagnuolo said of McDuffie. “I think he’s done an outstanding job. Now we’ll probably move him around a little bit too, but we need to get him settled in a spot eventually. I think he’s competed really well with the bunch of really good veteran wide outs we have.

“The thing I like about Trent (McDuffie) is when it hasn’t gone great for him, he’s not one of those guys that sticks his head in the sand. He bounces right back up, that’s a good quality.”

Every practice McDuffie participates in should bring him closer to developing the consistency he’ll need to become an every-down threat against opposing offenses. The Chiefs are known for giving their rookies ample time to acclimate to the pace of professional football, but McDuffie should have all the necessary tools to find his niche ahead of schedule.