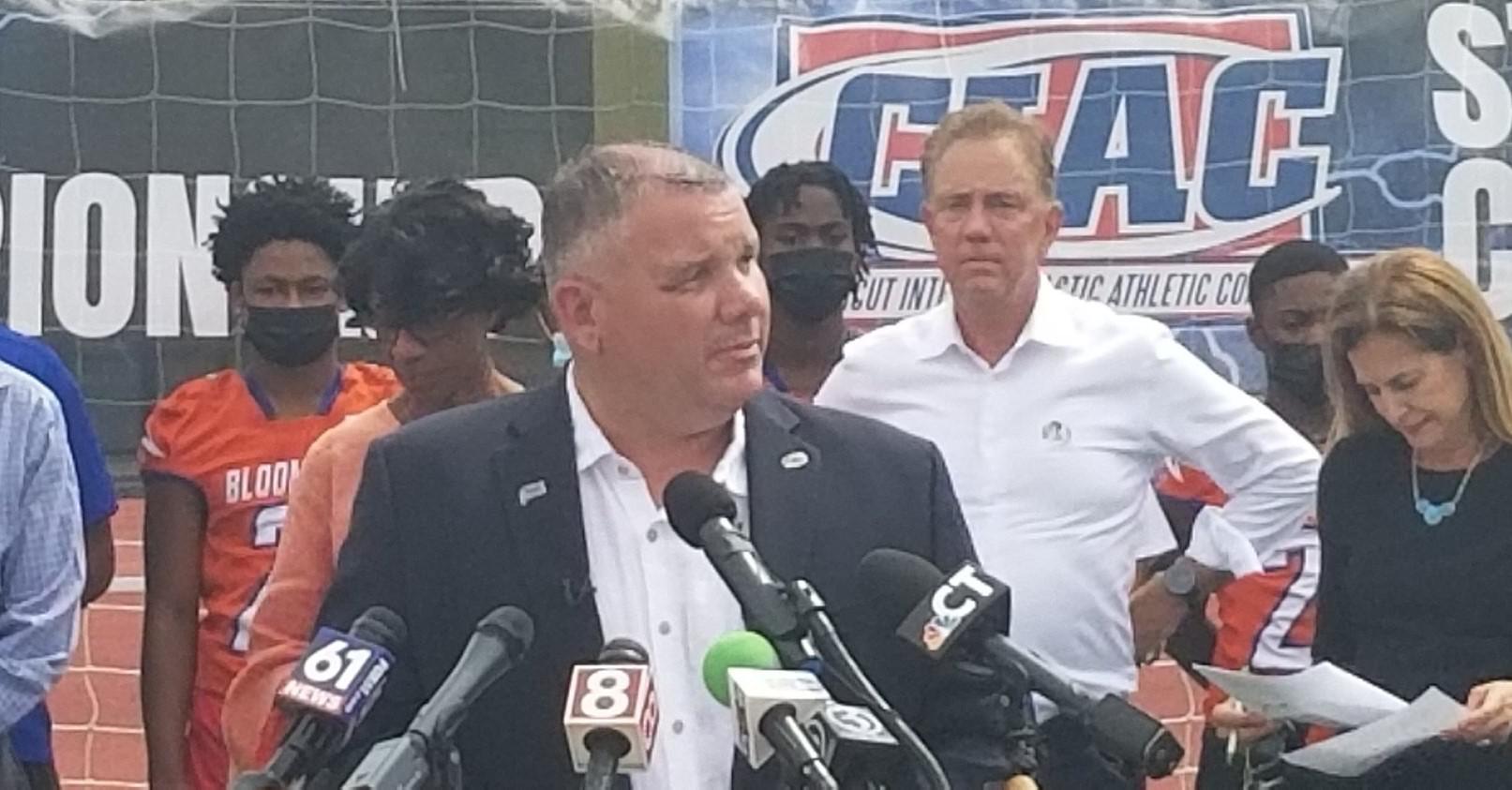 Buried in a piece of legislation that once included a push to study whether throat guards were effective in hockey now lies a different kind of study.

Public Act 22-116, which was passed by Connecticut’s legislature earlier this year and signed into law by Gov. Ned Lamont, aims to make revisions and additions to the state’s education statutes. One addition ensures students and their parents have a right to know their class rank at any given time, while others deal with special education.

Starting on page 20 of a 22-page document, lies a different kind of study – one to be performed by an established task force that has been charged with investigating the governance structure and internal procedures of the Connecticut Interscholastic Athletic Conference. The CIAC is the governing body for high school sports in Connecticut and was created over 100 years ago by the legislature.

The legislature performed a somewhat commonly used measure to get the language into the bill. They effectively took a bill that had already been proposed, removed much of its original intention, and added a number of other measures in it. Removed was a proposal to study the effectiveness of throat guards for hockey players. The proposal came following the death of Teddy Balkind, a sophomore junior varsity player at St. Luke’s School in New Canaan who died earlier this year after his neck was accidentally cut with a skate during the course of play. It has not been publicly stated whether he was wearing a throat guard.

In the new bill in which the neck guard and other aspects were removed, the Speaker of the House of Representatives, the president of the Senate, and House and Senate majority and minority leaders will build the task force with members including an athletic director, coach and administrator from a member school, two parents or guardians of a student-athlete from a member school, and experts in diversity in sports and sports management.

Messages to some of the legislative leaders asking why the study of the CIAC was included in the bill were not returned on Thursday.

CIAC director, Glenn Lungarini, or someone designated by him, will also be a part of the task force.

“The CIAC frequently collaborates with legislators in addition to its work with member school principals, athletic directors, and education partners,” Lungarini said in an email “The CIAC was recently awarded the Dave Montgomery Advocacy Award for supporting the (Connecticut Athletic Trainers’ Association ) and interscholastic athletes by advocating for and enacting legislation pertaining to the health and well-being of athletes, as well as ensuring CIAC policies and procedures protect all athletes participating within its jurisdiction.

“The CIAC welcomes the opportunity provided by this task force to deepen the understanding of state legislators about CIAC’s structure, collaboration, change processes, leadership programs, and student recognition designed to provide the best interscholastic experiences possible to its member school students.”

The task force will submit its “findings and recommendations to the joint standing committee of the General Assembly having knowledge of matters relating to education” no later than Jan. 1, 2023.

The CIAC’s members include public and several private schools around Connecticut, which pay a fee to be a member. Those schools’ teams face each other in a number of sports, ultimately competing in postseason tournaments that are run by the CIAC.

The organization includes staff members, as well as a Board of Control, made up of various school and athletic officials. There are also individual sports committees that also discuss and decide on rule changes and offer other forms of guidance.

A report on the CIAC was conducted in 2016 by the Office of Legislative Research in which four key questions about the organization were asked, including who the CIAC reports to in the General Assembly. The answer was effectively nobody, as it is a self-governing board, only answering to its internally elected board that is tasked with upholding its own constitution and by-laws.