Representatives of Bilboestiba, stevedoring companies, trade unions and the Port Authority of Bilbao have today made clear, in the presence of numerous representatives of the logistics-port community, loading companies and institutions, their firm commitment to the stability and competitiveness of the Port of Bilbao, after the signing of the new collective bargaining agreement for stevedoring for the next six years. During a working breakfast held this morning in Bilbao, all the stakeholders involved insisted on the commitment of their respective organizations to flexibility, efficiency, productivity and the guarantee of service in port operations.

Ricardo Barkala, President of the Port Authority of Bilbao; Elvira Gallego, President of the Board of Directors of Bilboestiba CPE; José Manuel Guardo, General Manager of Bilboestiba CPE; Iñaki Urueña, representative of Coordinadora Bilbao; and Israel Ruiz, UGT representative for stevedoring, have all valued very positively the new chapter which has opened in the Port of Bilbao after the signing of the stevedoring agreement, and have all agreed that the “tension and disagreements have been banished once and for all “. 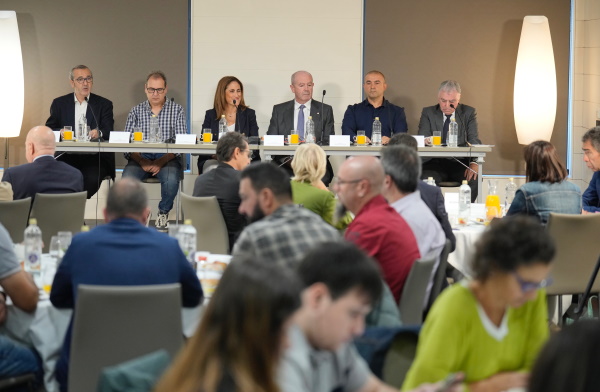 “The agreement represents a significant change in the situation of the port, and has been made possible thanks to the generosity and the open-mindedness of the parties involved, who have been able to overcome prejudices and make compromises”, said the General Manager of Bilboestiba CPE, who underlined “the valuable contribution of the Port Authority of Bilbao as mediator and facilitator of the agreements”. “The fact that the agreement will be in force for a period of six years provides an extraordinary and unprecedented level of stability in the Spanish port system”, added Jose Manuel Guardo. 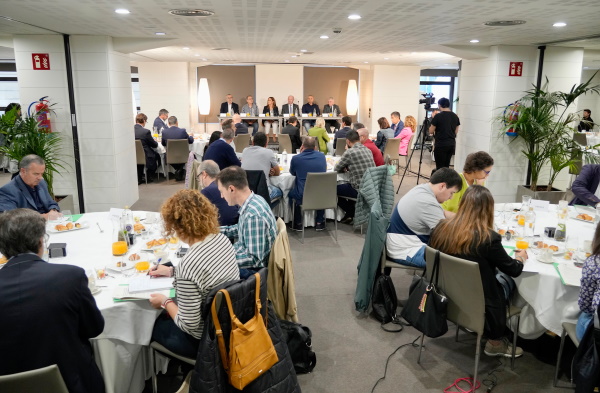 For their part, the representatives of Coordinadora and UGT expressed their interest in “leaving the past behind and talking about the future”. After pointing out that the agreement has the backing of 75% of the workforce, both Iñaki Urueña and Israel Ruiz stressed “the tremendous effort made to overcome the deadlock and create a climate of trust” between employers and workers. “It is not the agreement we would ideally have liked”, they remarked, “but we are signing it because the Port needs certainty”.

Later, the President of the Board of Directors of Bilboestiba CPE highlighted “the operational agility, efficiency, productivity, flexibility and service guarantee” that the new agreement provides for port operations. “The logic of solvency, continuity and predictability has been imposed as something natural and a daily matter of course”, she added, “and current and future customers must know that they can rely on the full availability of human and material resources to provide a service in the best possible conditions”. Elvira Gallego also alluded to the positive effects of the new scenario in terms of “restoring the reputation of the Port of Bilbao and its capacity to compete in advantageous conditions to attract traffic”. 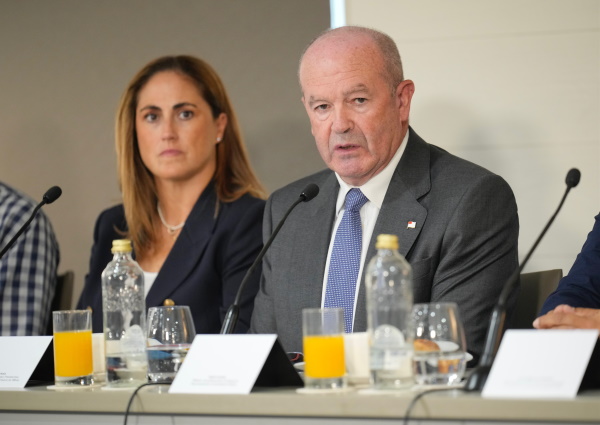 The President of the Port Authority of Bilbao, Ricardo Barkala, first of all conveyed “the recognition and gratitude of the entire port community for the agreement signed, which shows the far-sightedness of the signatory companies and trade unions, and which has required the capacity to make significant concessions in relation to the initial individual negotiating approaches and positions, with the common objective of making the agreement possible and enabling social harmony”.

Barkala stressed that “there was no alternative to reaching this agreement, the only other outcome would have been a catastrophe, seriously jeopardizing port activity and associated employment. Furthermore, and even though the agreement has been signed by the workers’ representatives who held a comfortable majority, namely the trade unions Coordinadora and UGT, this agreement has been a necessary and cross-cutting achievement, which will have shared effects for everyone, for the stevedoring companies and for all the workers, despite the fact that some of their representatives have not signed it, but also, and above all, for the rest of the port agents and operators”.

The President of the Port Authority of Bilbao also highlighted the fact that the agreement has been signed for an initial period of six years. “This kind of stability in time is unheard of in the recent history of the Port of Bilbao. At this moment in time, no other port in Spain can boast such a stable and long-term working agreement in a sector as critical as this one. In fact, what was previously considered a negative differentiating factor has now become something positive, something that makes us stand out as a reference, a highly valuable asset that will enable us to reposition ourselves on supply chain maps and which paves the way for a solid and stable recovery”. “For the first time in many decades”, he added, “the stevedoring service in the port of Bilbao is united, with a common line of work, in tune and with a roadmap for the future. Working together and as one, I have no doubt we will take advantage of this important window of opportunity, with the common goal of optimizing the sector and achieving the best port possible”.

Finally, Mr. Barkala asked those companies and customers who decided to leave the port of Bilbao as a consequence of labor unrest, to reconsider their decision. “The scenario has now changed to one of stability and productivity. Trust in the Port of Bilbao! We assure you that the port and its community will not let you down”.
Source: Port Authority of Bilbao