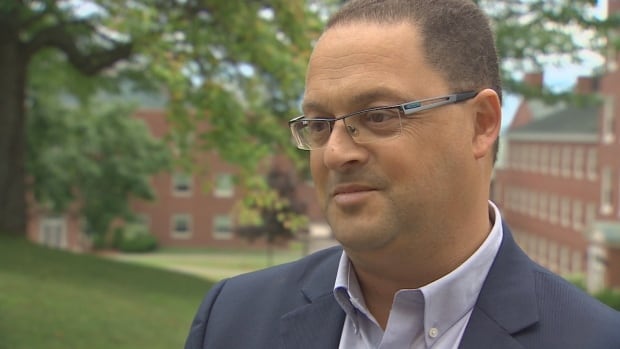 One of the four candidates vying for the Liberal Party of New Brunswick’s leadership says his experience and appetite to resolve issues make him the right person for the job.

Donald Arseneault will be on the ballot for the party’s top job when members vote on Saturday.

Arseneault served as a Liberal MLA for 14 years in the now-defunct riding of Dalhousie-Restigouche East, and later for Campbellton-Dalhousie. He served as a minister in both the Shawn Graham and Brian Gallant governments.

The fourth and final interview with the candidates for leadership of the New Brunswick Liberal Party. Former cabinet minister Donald Arseneault speaks with guest host Colleen Kitts-Goguen about why he wants the job and what he has to offer the party.

“I think I got the political experience to rejuvenate the party, and that’s going to be one of the main focuses for the next two years, to really work on the party and make sure that we’re election ready for 2024,” said Arseneault .

“The governance experience for me is really important because we are facing big issues as a province and people are expecting … governments of the day to be able to resolve those issues.”

Arseneault has more electoral and public service experience than his rivals, surpassing them by at least a decade.

But he also comes into the race with more political baggage.

He was a minister in the Graham government when the province struck a controversial deal to sell NB Power to Hydro-Quebec.

The deal later fell through, and contributed to the defeat of the one-term Graham government — at the time, the first one-term government in the province since Confederation.

But Arseneault said he is fine with defending the record of previous governments he’s served in.

“I don’t look at it as baggage,” Arseneault said.

“When I was in opposition or within government, I was one of those who stood up when others didn’t stand up.”

Arseneault also faced controversy in his own career.

In 2017 he took a second job as a government relations manager for Canada’s Building Trades Unions, which would’ve involved lobbying governments, while he was still an MLA.

The province’s integrity commissioner said there was nothing in the rules forbidding an MLA from taking a second job of that nature, but Arseneault resigned as MLA that November.

While the move was controversial at the time, he said it hasn’t been an issue on the campaign trail.

“After two years while in Ottawa, I realized that, you know, I missed provincial politics.”

Like all the other candidates vying for the leadership, Arseneault cites health care as a major issue for New Brunswick.

He said recruitment and retention of doctors and nurses is a major issue for the province, and said the government needs to look beyond the regional health authorities for solutions.

“Let’s get them around the table and develop an action plan, a very aggressive action plan, in order to address that because that’s where, really, the focus needs to be.”

Arseneault says the province needs to be aggressive and creative when it comes to recruiting more doctors and nurses, two things he said he’s not seeing from the current government.

But he also said the province needs to grow its economy to have more money to spend on attracting medical professionals.

He said the economy has been a weak spot for the party with voters, something he wants to change.

“We need to be fiscally responsible,” Arseneault said.

“If we’re going to get credibility with the public, especially in areas where we’ve been weak politically over the last 10 years, I think that’s one area that we need to focus on.”