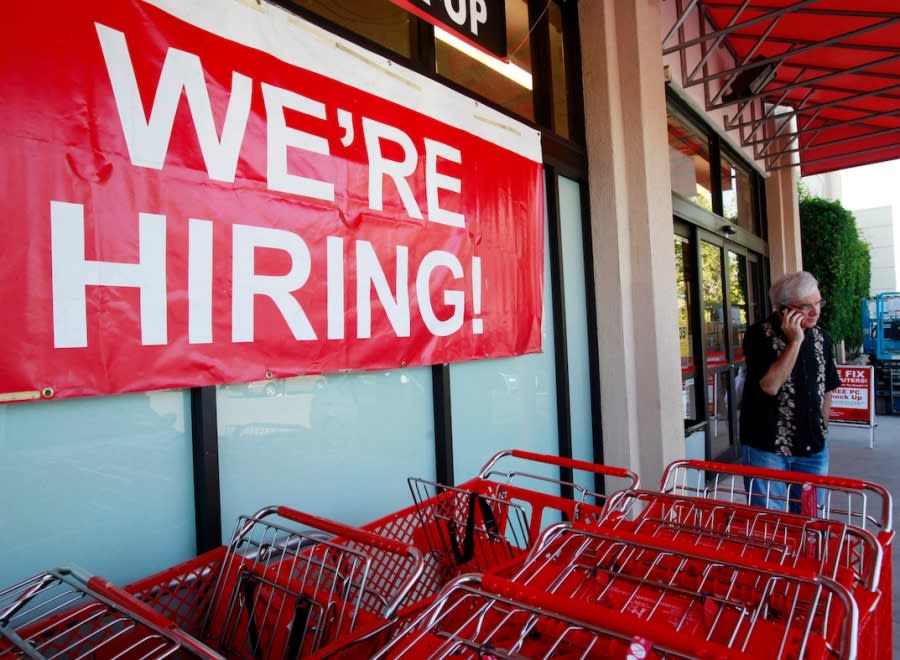 The US added 528,000 jobs and the unemployment rate fell to 3.5 percent in July, according to data released Friday by the Labor Department, a stunning gain that defied predictions of a slowdown.

Economists expected the US to have added roughly 250,000 jobs in July and keep the jobless rate at 3.6 percent, according to consensus estimates released before the report.

But the economy added more than double the number of jobs experts predicted, even as consumer confidence plunged and gross domestic product shrank over the first half of the year. The jobless rate also returned last month to its pre-pandemic level of 3.5 percent, which in February 2020 set a 50-year low for unemployment.

The stunning July job gain will raise questions about how close the US economy actually is to a recession after months of growing concern over a sharp slowdown. The resilience of the labor market also means the Federal Reserve may have more room — or at least feel more pressure — to rapidly raise interest rates and fight inflation without fears of triggering steep job losses.

“If you thought the economy was in a recession, you were wrong. Demand for workers skyrocketed in July, far exceeding expectations. Paired with falling gas prices, the economic outlook for the third quarter starts looking better,” wrote John Leer, chief economist at Morning Consult, in a Friday analysis.

“Today’s numbers also increase the likelihood of more aggressive rate hikes by the Fed as it tries to tame inflation, and downside risks remain elevated later in the year.”

July’s job gain has now brought the total number of Americans employed back to its level before the onset of the COVID-19 pandemic in 2020, which wiped out roughly 21 million jobs in two months. The vast majority of new jobs came in service sector industries that have struggled to meet stimulus-fueled consumer demand.

The leisure and hospitality sector, which is still below its pre-pandemic employment level, led all other industries in job growth with a gain of 96,000 jobs. Restaurants and bars added 74,000 jobs alone.

Professional and business services firms added 89,000 jobs in July and employ almost 1 million more workers than they did before the pandemic. Health care employment rose by 70,000 and government employment rose by 57,000 in July, helping those sectors continue to recover jobs lost to COVID-19.

“Strong employer demand is continuing to support the solid, and increasing job gains. With continuing fear and debate over a recession, the labor market does not look like it is teetering on the edge of a recession,” wrote Daniel Zhao, senior economist at Glassdoor, in a Friday analysis.

“The labor market remains a pillar of strength, holding up the economy even as the economy slows around it,” he wrote.

The stunning July jobs gain could give President Biden and Democrats a useful boost with just three months until the November midterm elections. While election forecasters expect Democrats to lose their majority in the House, stronger confidence in the economy could help Biden’s party limit its losses in the lower chamber and preserve—or even expand—its Senate majority.

The Labor Department also revised the May and June job gains by a combined 28,000 jobs, meaning the US has added a total of 1.3 million jobs over the past three months.

“More people are working than at any point in American history. That’s millions of families with the dignity and peace of mind that a paycheck provides. And, it’s the result of my economic plan to build the economy from the bottom up and middle out,” Biden said in a Friday statement.

“I ran for president to rebuild the middle class – there’s more work to do, but today’s jobs report shows we are making significant progress for working families,” he said.

While the July jobs report is a welcome break from recession fears for Biden, there are still serious risks looming over the economy that could flip the picture before the midterm elections.

Labor force participation remained almost stagnant in July, which is little relief for businesses competing to fill jobs from a workforce still 1.3 percent smaller than it was in February 2020. Wages also grew by 5.2 percent over the past year, a rapid clip that some economists fear will fuel higher inflation.

The Fed has been hiking interest rates since March with the goal of slowing job growth to a pace that won’t drive inflation higher or force businesses to rapidly raise wages. A slower economy would also force businesses to avoid raising prices as consumers have less financial room to chase inflation.

The lack of an expected July job growth slowdown may push the Fed into even faster rate hikes, which risks shocking the economy into a recession.

“The Fed won’t take any solace in the strong job numbers. Policymakers’ priority is cooling wages and price pressures, so they want to see unemployment edge higher,” said Mark Zandichief economist at Moody’s Analytics, in a Friday tweet.

“That would take monthly job gains of well below 100k for a while. The Fed will get what it wants in the coming months,” he said.

For the latest news, weather, sports, and streaming video, head to The Hill.