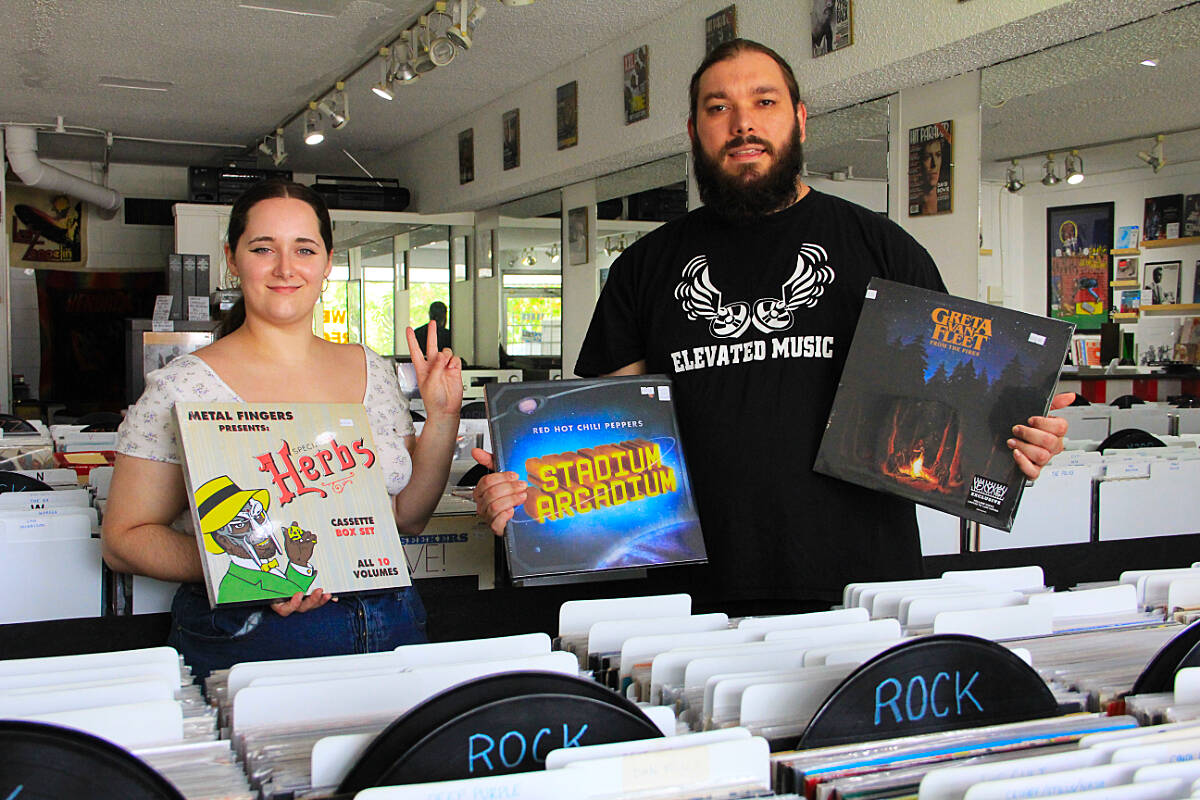 “These past two years have been amazing,” said Haggerty. “Our expectations were blown away. The entire experience has been incredible.”

Haggerty said several highlights from the past two years stick in his mind, such as the multiple Record Store Day sales they’ve hosted, his Clovie Award win, and the store’s one-year anniversary celebration, but the biggest highlight for him has been the customers.

“The community support has been massive,” said Haggerty. “Every month it just grows exponentially.”

Last year, Haggerty said he was “absolutely thrilled” to be nominated for a Clovie Award for Young Entrepreneur of the Year. At the time he said it was “a real honor to be recognized” alongside other deserving entrepreneurs.

Haggerty ended up winning the award and he said the process was humbling.

“After the effort and energy that we put in building the whole store ourselves, I was just focused on the store,” he said. “There were a lot of things that worked in our favor when we opened, but I was shocked and honored that I did win the award. There were a lot of worthy nominees.”

Haggerty said he expected to face more challenges, but the community support was the definitive thing that made his first two years easier than he thought they’d be.

“When we opened during the pandemic, I thought that might have been an insurmountable hurdle, but we started rising above our expectations and business picked up,” he explained. “The community really supported us. That’s when I knew things were going to be fine.”

Haggerty said he loves Cloverdale and he’s happy that he chose to open his store here.

Being born and raised in Surrey, he knew he wanted to open the shop in Surrey somewhere. Finding a place in Cloverdale was just icing on the cake.

“I always loved the historical aspect of Cloverdale. So to be here is really awesome.”

To mark their two-year anniversary, Elevated Music will be having a special celebration Aug. 14.

“We will be having free cake and a 15 percent off storewide sale,” said Haggerty. “We’ll have giveaways and raffles and some amazing albums on the floor that we’ve been holding just for the day.”

Elevated has about 10,000 records on hand and can order in virtually anything. The shop also buys and sells cassettes, records, and CDs.

Elevated Music is located at 17684 57 Avenue in Cloverdale. The shop can be found online at elevatedmusic.ca, on Instagram at elevatedmusicshop, and on Facebook at ElevatedMusicOfficial.