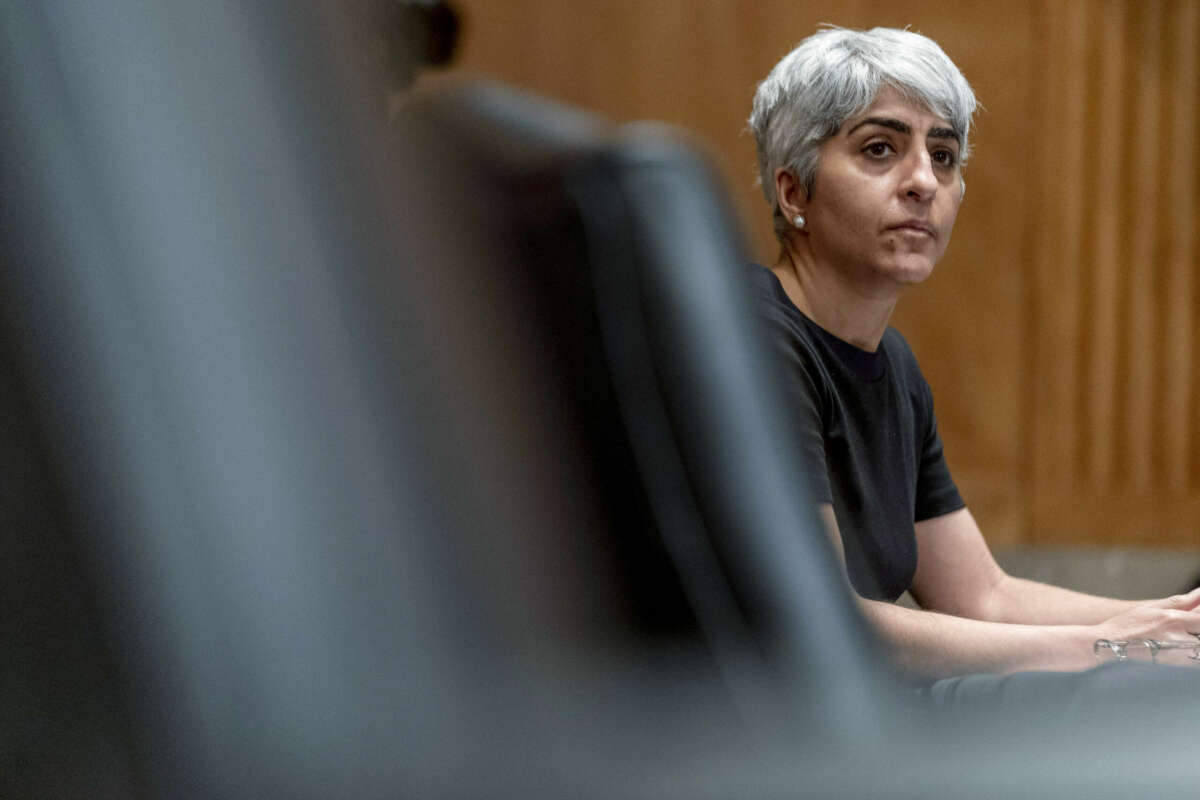 Rebuilding the federal workforce and positioning the government as a model employer are top of mind for Kiran Ahuja, who just reached the one-year mark as director of the Office of Personnel Management.

Ahuja’s anniversary is the first time a confirmed OPM director has hit a year in office since 2015. She said the milestone spotlights some long-standing staffing issues for the agency.

Rebuilding the federal workforce and positioning the government as a model employer are top of mind for Kiran Ahuja, who just reached the one-year mark as director of the Office of Personnel Management.

Ahuja’s anniversary is the first time a confirmed OPM director has hit a year in office since 2015. She said the milestone spotlights some long-standing staffing issues for the agency.

“I think it speaks to the challenges the agency has had over the past number of years and the importance of having good solid leadership in these positions,” Ahuja said in a discussion with reporters on June 23. “It’s so important, especially as we manage a post-pandemic work environment, to have a very strong human capital leader in the federal government. ”

As OPM looks to the future of work, a big piece for Ahuja is flexibility. Employee engagement and satisfaction dropped in the 2021 Federal Employee Viewpoint Survey, probably because OPM administered the survey during a tumultuous time, Ahuja said, when many feds felt unhappy about their agencies’ return-to-office plans.

“We’re really working hard to send the message that this is an administration that wants to be responsive and values ​​the federal workforce. A big part of understanding that is to hear directly from them, ”Ahuja said.

The 2022 iteration of FEVS is currently out for federal employees to take the survey, as OPM works to get back on the normal survey schedule, which has been delayed for the past two years due to the pandemic.

“The FEVS in 2022 has some specific DEIA questions. It’s focused on resilience, innovation and other ways to gauge engagement, ”Ahuja said. “Coming back onto the regular cycle and having a much more robust survey will give us a clearer sense of where our folks are under this administration.”

OPM is prioritizing telework flexibilities not only to support the current federal workforce, but also to boost recruitment of younger employees to the civil service. Ahuja pointed to the statistic that just about 7% of the federal workforce is under the age of 30. The agency has taken some steps over the last year to address ongoing early-career recruitment challenges.

“We’ve done a big push here internally, around promoting our Presidential Management Fellows program,” Ahuja said. “We have also issued two new hiring authorities, passed last fall, that we know our agencies are using, which is making it a lot easier to bring in post-secondary students and recent college graduates.”

Beyond early-career recruitment, OPM is also focused on diversity, equity, inclusion and accessibility in the federal workforce. The agency recently released guidance to help agencies use skills-based hiring, focused more on the skills applicants have and not as much on their education, which is one way to improve DEIA in federal hiring.

To measure progress, OPM created a dashboard for federal hiring managers to use, and called on agencies to identify a chief diversity officer in their senior level staff.

“We want to know where we started and where we need to go. We need to adopt more of the best practices that are in other sectors, ”Ahuja said. “We have to really become much more data-driven. What I mean by that is, we are going to be supporting agencies around how to do barrier analyzes [and] pay equity analyzes. All those things are the muscles we need to build inside the federal government. ”

Ahuja said the way agencies hire is “haphazard and inconsistent,” for both recruitment and outreach to communities.

“That is an area that I would like to build out personally,” she said. “We are working very diligently to continue to create hiring paths [and] modernize the functionality of the USA Jobs [website]”Ahuja said.

Similar to many past OPM directors, Ahuja said she is also working on modernizing retirement services. The goal is something that has often fallen to the side while focusing on other challenges, such as the previously administration’s proposed merger with General Services Administration.

OPM has made some advancements, Ahuja said, and the agency is continuing to build staff and resources for retirement services. That’s as OPM is working through an unprecedented surge in retiring feds and a retirement backlog from the pandemic.

“We’ve got small projects in place around piloting an online retirement application, we’re also working toward an online calculator for prospective retirees. We are also putting together an 18-month modernization plan, ”Ahuja said. “[That] is really I think where we’ve been successful, is to take the small pieces and tackle them. “

Early in her tenure, Ahuja said she would push a mixed agenda of both regulatory and legislative priorities. After moving forward on the regulatory side, she said she is now adding more focus to partnerships on Capitol Hill.

“We’re still continuing on the regulatory piece. But we absolutely need to need to be proactive. OPM in the past has been very reactive to legislation, ”Ahuja said. “Our team has great ideas. We just need to be able to build the resources and carve out the time to be able to push those forward. ”

Establishing the federal government as a model employer has been a priority for Ahuja since stepping into the role – that means improving work-life balance, federal union partnerships and flexible leave policies.

“We have focused on bringing in top talent [and] bringing in diverse talent to the federal government, and ensuring that we are set up as a competitive employer and really a workforce of the future, ”Ahuja said.