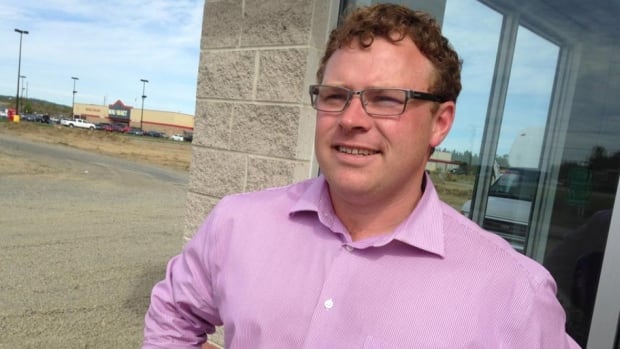 One of the candidates vying for the Liberal Party of New Brunswick’s top job is touting his experience in a number of fields not normally associated with politics as a major part of his appeal.

Perth-Andover’s TJ Harvey is one of four people running for the leadership of the center-left party.

The party will hold the leadership election at a conference on Saturday.

Harvey previously served as the Liberal MP for Tobique-Mactaquac.

He was first elected as an MP in 2015, but only served one term before deciding not to run in the 2019 federal election.

That experience on the national stage, combined with his private sector past, he said, makes him the right candidate.

“For myself, I think that’s one of my strengths,” said Harvey.

“I have a varied career that’s allowed me to see both sides from both within government and from the private sector.”

Like other candidates running for the party’s leadership, health care is at the top of the agenda for Harvey.

He said the province should be doing more to attract doctors and nurses, adding other provinces are doing a much better job of it.

“If my oldest daughter was taking nursing in Nova Scotia right now, what incentive is there for her to come back to New Brunswick and be a nurse here in New Brunswick,” said Harvey.

“She can make more money and get full time — full-time placement in Nova Scotia … We need to be at the table and offering competitive salaries and full-time hours of service if we want to attract new people to come to New Brunswick and have a career here in health care.”

Harvey said he wants to see more effort put into digitizing medical records, so they can be accessible anywhere in the province.

He also said dealing with mental health issues that have popped up, partly because of the isolation imposed by the COVID-19 pandemic, is a priority.

“I think the other real sleeper issue … that really hasn’t been top of mind for New Brunswickers, that we’re hearing about as we travel, is the economy,” said Harvey.

“For me, when I say economy, I’m talking about the cost of living.”

He said what the province needs is a “long-term vision” and he thinks he’s the candidate who can offer that.

“I think it’s been a long time since we had a government focused on the long-term prosperity of the province and how we not only grow our economy, but how we grow our province holistically for a brighter future,” said Harvey.