WHILE then 21-year-old Tom Brickman was making $ 8.50 per hour working at The Gap, he started to two major lucrative side hustles.

Tom purchased his first rental in Ohio when he was just 21, according to Business Insider.

At the time he bought the two-unit home, he paid only $ 90,000 where he also acquired a tenant in the downstairs unit.

The tenant was paying $ 600 a month in rent while Tom stayed in the upstairs unit himself.

Because Tom decided to live there, he was able to purchase the property as a primary residence with a 10 percent down payment at a 6.875 percent interest rate, according to the article. 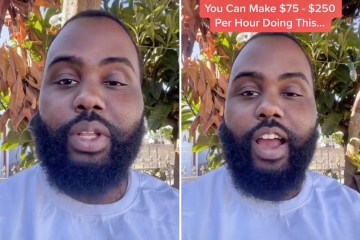 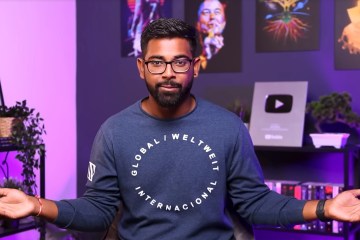 The hustler has come a long way since then.

Tom now owns 20 other rentals in places like Texas and Ohio.

Additionally, he now teaches others how to achieve financial independence in real estate investing.

He charges for consulting and also for sponsored content.

Plus, after quitting Gap, Tom worked at a movie theater for nearly 16 years.

It was only recently, January 2022, before deciding to quit and pursue his rental property hustle full-time.

He realized that he outgrew his 9-to-5 and aimed to create an even more successful real estate portfolio and dedicate more time to The Frugal Gay business.

“I always try to stress that I had a very average salary while I was buying these homes,” Tom told Business Insider.

While Tom is not technically retired, he likes to say he is as what he does is more of a passion.

He shared a few tips with Business Insider one being the value of purchasing fixer-uppers.

Tom has almost exclusively started purchasing homes in need of a little more care as he can buy them cheaper and charge a premium once they are ready to rent.

“I was buying a lot of stuff that other investors were ignoring – I started with the ugly condos,” Tom told the publication.

Additionally, he said it’s important to have a reliable team.

This means creating and maintaining relationships with plumbers, contractors, and other realtors.

Another great relationship to have is with your credit union.

Working with a credit union as opposed to a bank is a choice Tom made as he finds them easier to work with.

You can often form valuable and lasting relationships with your lender.

Tom can rest assured knowing that his calls will be returned in a timely manner rather than the typical national-level lenders and mortgage originators.

He also said that the credit unions will often keep his documents on file, saving him from having to upload the same things with each purchase.

The Sun reveals how a hustler quit his job after making $ 7,000 on YouTube in a month.

Plus, a Poshmark seller made over $ 23,000 with an easy side hustle after needing money for college.