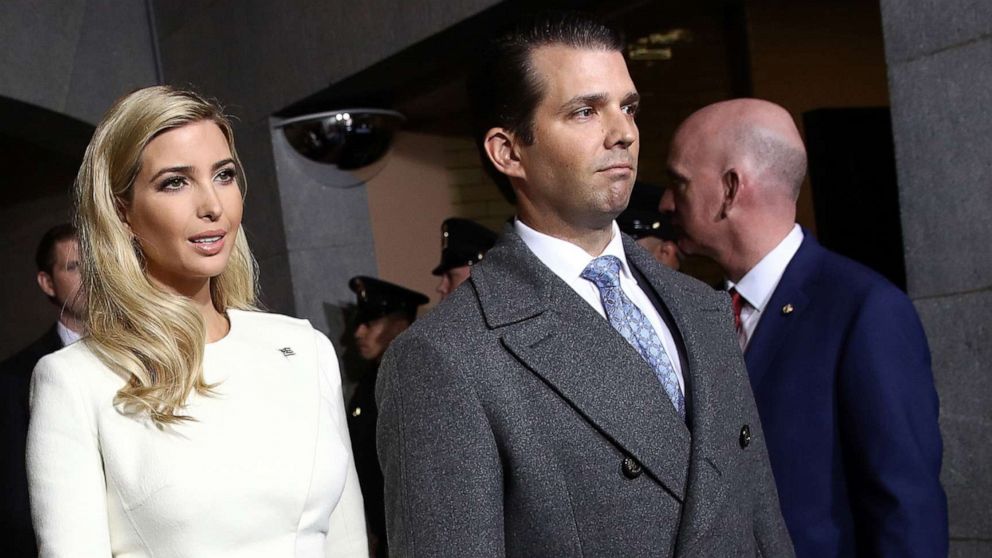 Two of former President Donald Trump’s grown children have been deposed by the New York Attorney General’s Office as part of its civil investigation into the family real estate business, sources familiar with the testimony told ABC News.

Ivanka Trump sat for her deposition on Wednesday, while Donald Trump Jr. appeared last week, the sources said. Their depositions were postponed following the death of their mother, Ivana Trump, last month.

It was not immediately clear what questions they were asked or how they answered.

CNN was first to report Ivanka and Donald Trump Jr. were deposited.

Former President Trump, who has denied wrongdoing and called the investigation politically motivated, is expected to sit for a deposition with James’ investigators later this month after he and his children lost repeated attempts to avoid giving depositions in the case.

Trump argued unsuccessfully that he should not have to sit for a deposition while the Manhattan District Attorney’s Office was conducting a parallel criminal investigation. While the district attorney’s case remains active, two senior prosecutors who had been leading it resigned earlier this year over the lack of an indictment.

The Manhattan district attorney’s investigation produced criminal charges for the Trump Organization and its longtime CFO, Allen Weisselberg. Both have pleaded not guilty. Trump himself has called those charges “shameful” and “a disgrace.”

James has said her office has uncovered evidence of potentially fraudulent conduct in the way the Trump Organization valued its real estate holdings, allegedly overvaluing properties like 40 Wall Street and even the former president’s Trump Tower apartment.

Her deputies have said in court the office is nearing a decision on an enforcement action.