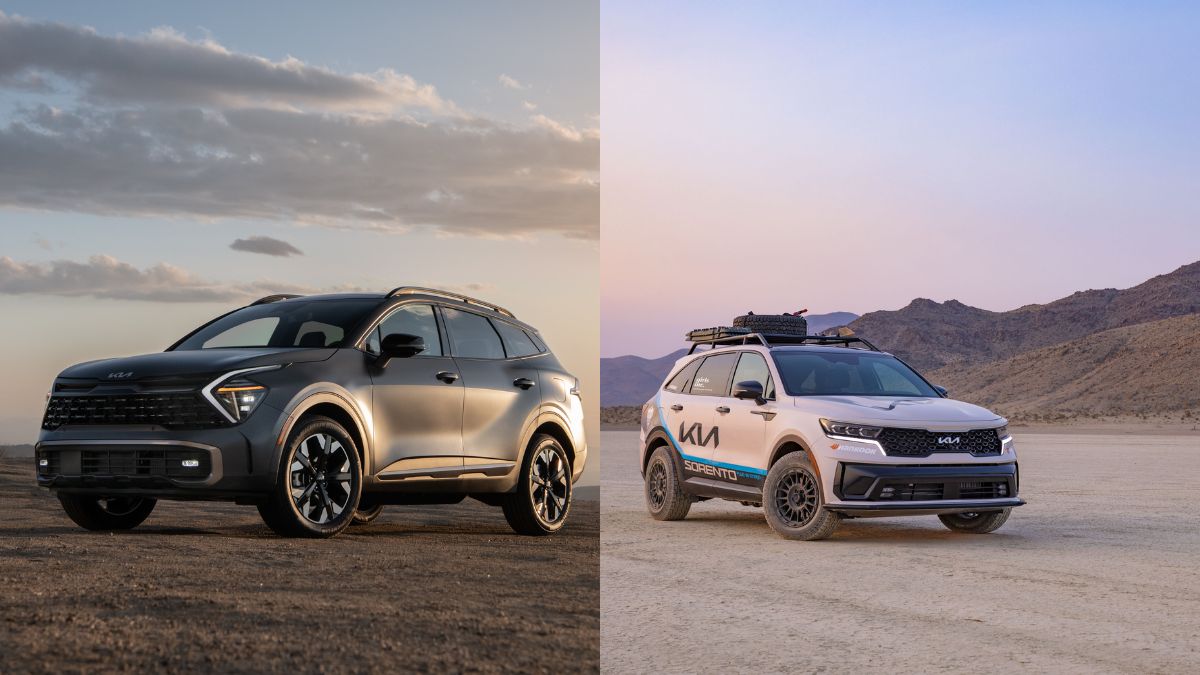 More specifically, Kia’s electrified sales gains in July are coming from just two of its SUVs: the all new Sportage HEV as well as the Sorento PHEV and HEV. As you can see from the YOY sales table below and noting much higher sales in June, Kia’s other electrified models – the all electric EV6 and the HEV, PHEV, and EV Niro – all slipped last month compared to July 2021/recent months, especially the Niro. The Niro’s sales dip may have been due to model year changeover and inventories being in flux as the last of the previous generation units make way for the new generation, which likely goes on sale in the US this month, or next, along with the 2023 Sportage PHEV. 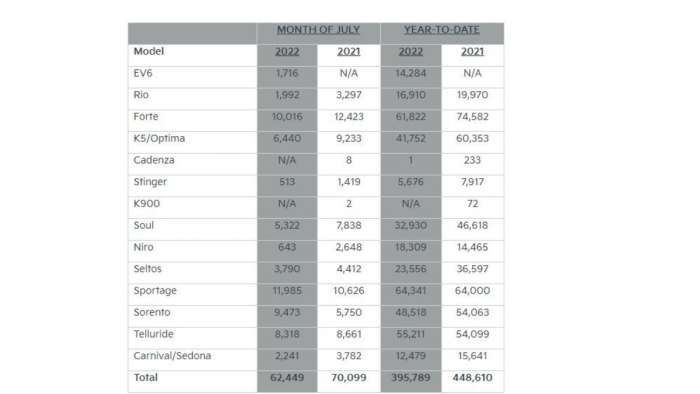 As I reported in May and in other recent months, Kia and Ford are competing for second place in the US. plug-in vehicle market. I have also sometimes combined Kia and Hyundai sales since they are very closely tied and share the same platforms, motors and batteries for their vehicles, almost akin to Ford and Lincoln. However, Ford is clearly pulling away from Kia and is now firmly in second place behind only Tesla in US EV sales. If we combine Kia and Hyundai’s plug-in sales, the South Korean companies are likely still in second place though. Otherwise, Ford sold 7,669 BEVs in July, according to InsideEVs, 2,173 of those being the newly released F-150 Lightning, 4,970 units of the Mustang Mach-E, and 526 units of the E-Transit cargo van. Comparing YTD figures for Ford vs Kia and Kia + Hyundai we see that Ford has 30,648 US electric vehicles sales YTD, whereas Kia has likely sold somewhere between 18,000 and 22,000 EVs and Hyundai has likely sold somewhere between 18,000 and 20,000 EVs as well. If we combine EV and PHEV sales to compare Ford and Kia, the race for which brand sold more plug-in vehicles in the US YTD is even closer and hard to decipher as neither brand breaks out their PHEV sales. However, I previously estimated Kia’s PHEV sales for the first half of the year and I would now estimate, with July’s numbers in, that Kia has sold somewhere between 7,000 and 8,000 PHEVs so far (between the Sorento PHEV and Niro PHEVs combined). Ford sells the Escape PHEV in small numbers, we can assume, but even so, Ford is still likely just a little bit ahead of Kia in combined plug-in vehicle sales through the end of July. Thus even by the expanded plug-in metric, Ford is most likely ahead of Kia.

Will that change as the rest of 2022 ticks by? It is certainly possible. Ford will continue to try and ramp up its production and sales of its F-150 Lightning, and continue to expand Mustang Mach-E production as well. Kia will soon be rolling out its 2023 Sportage PHEV as well as an entirely redesigned 2023 Niro (in HEV, EV and PHEV versions). So both makers’ sales of plug-in vehicles will likely accelerate for the remainder of the year barring any new challenges to each company’s respective supply chains. It will all come down to which automaker can scale faster over the remainder of the year. Which do you think will come out on top for 2022?

Please leave your comments or questions below.

Justin Hart has owned and driven electric vehicles for over 14 years, including a first generation Nissan LEAF, second generation Chevy Volt, Tesla Model 3, an electric bicycle and most recently a Kia Sorento PHEV. He is also an avid SUP rider, poet, photographer and wine lover. He enjoys taking long EV and PHEV road trips to beautiful and serene places with the people he loves. Follow Justin on Twitter for daily KIA EV news coverage.