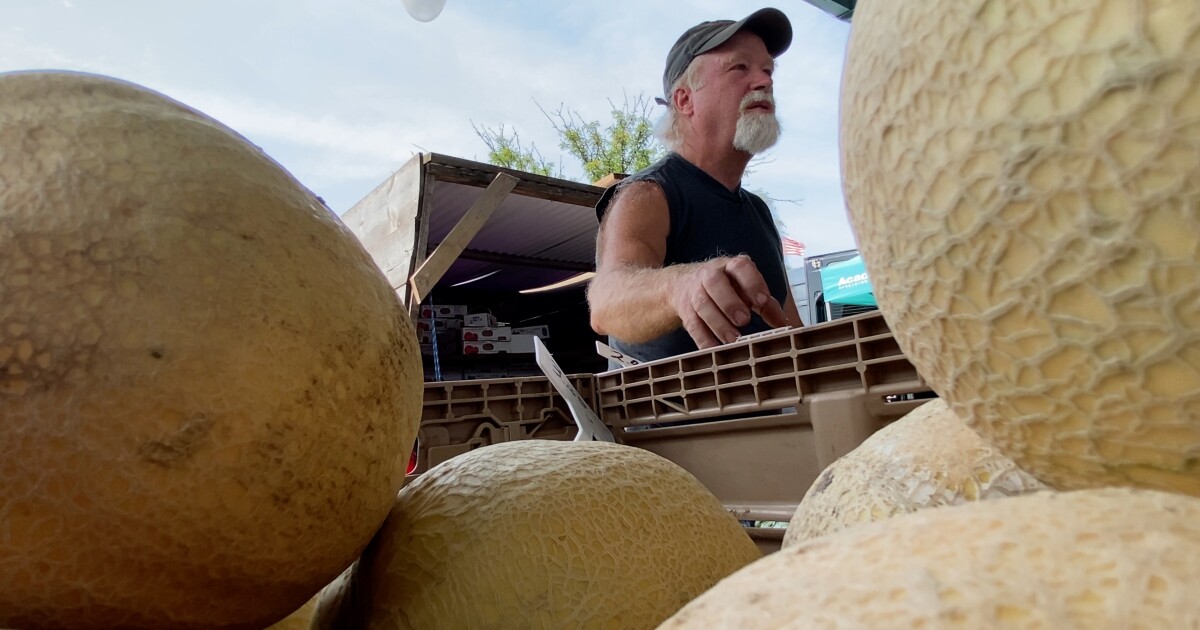 Farmers like Mike McFarland are hopeful Kansas Citians will show support by visiting the City Market.

“The idea of ​​planting it, watching it grow, produce something you can eat yourself or sell,” said McFarland of McFarland Plants and Vegetables.

He spends his days in Parkville soil.

“I’m 64 years old. My parents had it, my grandparents had it before that. It’s been in the family for over 100 years,” he said.

Every weekend, he’s at the City Market on business, relying on the community for support.

“I’m down in profits anywhere from 10-30% every week,” McFarland said. “Five to six weeks ago when I had plants, I was down 50% for almost a month. That takes a big hit on you.”

As a frequent attendee of the market, Kearney resident Hannah Moore says it hasn’t been “as busy as we’ve seen it,” speculating summer heat may be to blame.

“Normally by this time of the day, you couldn’t walk up and down this aisle,” McFarland said. “You can see how many gaps there are now. I’d like to see it go back to the way it was.”

City Market Manager Paula Stocker says there’s been a bit less local tourism, attributing it to the state of the economy. She believes factors include previous COVID tourism by car travel, people watching their budgets and sweltering days falling on market weekends.

McFarland says the city of Kansas City, Missouri’s new pay-to-park isn’t doing him any favors, either.

“When you start charging people to park, they’re going to go to the free market instead of here,” he said.

Despite added challenges, Stocker says there have been some increases. While fewer people are swiping their EBT cards to get tokens, total SNAP sales are up.

The market offers an increased match program, an extra $25 to spend on fresh produce, and SNAP customers can park for free if they show their cards.