Skip to content
Editor’s note: This story was originally published in Rural Innovation Exchange in April.

David Ollila is an innovator and entrepreneur – he holds at least 16 patents – driven by his passion for the outdoors. He’s been an entrepreneur in the outdoor recreation space “for a little over half my life,” he says.

His current passion project is creation of an innovation district to build up the outdoor recreation sector and connect it to Michigan’s mobility engine.

When fully realized, Shophouse Park will include elements such as an incubator facility, long-term space for locally based manufacturers, short-term rental space for established manufacturers, and live-work facilities to support the workers of the zone.

The Shophouse Park innovation center is expected to break ground in the next six to eight months. It ties together a host of rural opportunities, Ollila says: remote work, outdoor recreation, mobility, green building connected smart and electrified trails – to name just a few.

“I’ve always been an innovator and entrepreneur, driven by my passion for the outdoors,” Ollila says. 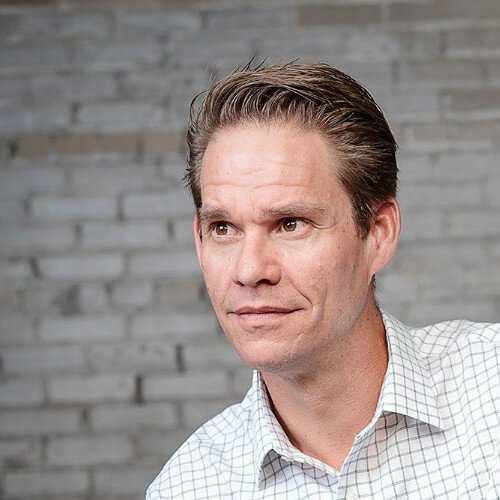 After a stint in California, Ollila, 52, brought that innovative spirit, and love for the outdoors, back to Michigan.

“As I came back to Marquette, the painful truth is there aren’t any jobs for me in the UP compared to the jobs I could get in California or Bentonville, Arkansas. But what kind of citizen would I be if I didn’t try to improve the quality of life for my kids and community? “

Bentonville, Ark., Perhaps best known as the birthplace and current home of Walmart, has reinvented itself as a mountain biking mecca, and Ollila is full of enthusiasm and respect for how Bentonville has incorporated a world-class trail system into the fabric of the community. A block from downtown there is immediate access to more than 40 miles of trails and another 150 miles of a regional trail network linking Bentonville and rural communities. He was there for a family spring break trip last week.

“People are going to fall out of love with the car,” he says. “Rarely do you see a person on a bicycle without a smile.” 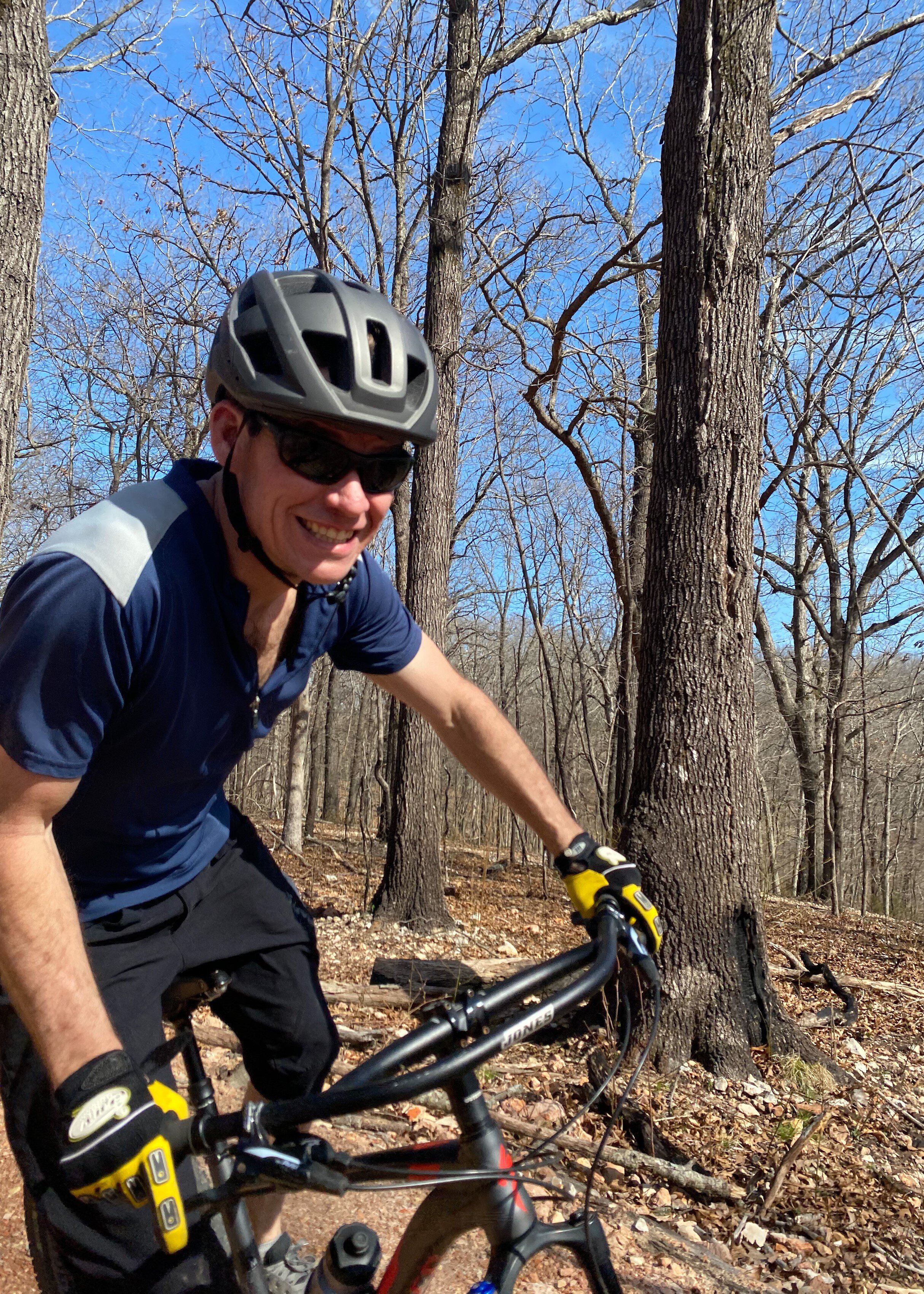 David Ollila recently did some mountain biking in Arkansas.

Ollila’s passion for the possibilities open to rural communities right now runs strong, and he’s committed to investing in innovation in the outdoor recreation space. His Shophouse Park development is humming along – he describes the “universal support” he’s received at the state level – and the longer-term strategic vision is a regional opportunity to create an innovation district to build companies in rural communities.

“The message is getting out that outdoor recreation is not a game, it’s a major industry,” he says.

Statewide, there’s an interest in growing the economic impact of the outdoor recreation industry.

A recent Michigan Outdoor Summit, the first of its kind in the state, was organized with the aim of expanding the outdoor industry, and increasing the user base of the state’s rich outdoor recreation resources.

Giving entrepreneurs in rural communities a place at the table is critical, Brad Garmon, director of the Michigan Office of Outdoor Recreation Industry, which operates within the state Department of Natural Resources, said in advance of the event in Traverse City.

“We found there are a lot, especially in rural communities, of ideas coming out of Marquette, Houghton, etc.,” he noted. “Products are being launched there we can look at and see what they are doing, what’s incubating right alongside them.”

On remote work as opportunity: If we can live wherever we want, and “commute” to the office via Zoom or Microsoft Teams, Ollila posits, who wouldn’t want to live in one of the state’s abundant recreation areas? Once Shophouse Park is up and running, his own commute, via bicycle whenever atmospherically feasible, will involve a 4-mile ride along Lake Superior. He sees a time where, with access and remote work as the norm, the rural economy is five days a week and you go to urban areas for entertainment.

“People are realizing the quality of life in Marquette, Michigan, is really high, particularly if you have a remote job and above average income. People who moved away for jobs or education can move back there. “

On electrification: “Michigan has great strength in the auto or mobility sector, ”Ollila says. “Not just how it moves… we’ve seen the electrification of the bicycle. Snowmobiles are going to be electrified, and ATVs and UTVs and the types of products we use outdoors. It’s an incredible opportunity for Michigan. It connects the rural UP with its tens of thousands of miles of trails but only a few miles of interstate. … The UP is better connected by snowmobile trails than it is by highways.

“If we take that recreational asset of the trail network and apply it to the mobility sector, what other state has a better opportunity… because of the symbiosis of the auto industry and recreation sector.

“Everything old gets to be reimagined and the biggest limitation to the adoption of outdoor recreation vehicles was on the motorized side: They’re loud. they pollute, they’re not very green at all. If you electrify those so they aren’t loud and polluting, that opens a new market, opens it up to a new set of users. All of the objections that the majority of the market had for these products goes out the window with electrification. “

On the recreation-autos pairing: “In Michigan, the auto industry is so powerful it’s driven our civil engineering,” Ollila says. “Now we’re realizing mobility itself is a wholesale opportunity to reinvent. In terms of quality of life, recreation flips the script in how we live our lives. “

A commitment to investing in innovation in the outdoor recreation industry lies in the power of connecting Michigan’s two peninsulas – in the Lower Peninsula, there’s the strong auto manufacturing infrastructure, in the Upper Peninsula, that abundant recreation playing field with its established trail network.

How? “The short answer is you need to run a lot of low-fidelity experiments at a low cost and get people interested in innovation,” Ollila says.

He points to southeastern Michigan as the place where this connection will make a spark: the mobility industry.

“The greatest growth in electric vehicles is going to be in the outdoor recreation sector,” Ollila says. “The majority of the population, their first experience is not going to be a car that sells for 75,000 or 100,000 dollars. It’s going to be a bike or ATV. Then they’ll become fans, and then their next vehicle is going to be electric. “

Why the time is right: “With Covid, we’ve gone back 100 years and forward 20. It’s accelerated a number of things. It brought up the philosophical question of what’s important in life. Fresh air, exercise and a planet that can sustain us is pretty darn important. ”