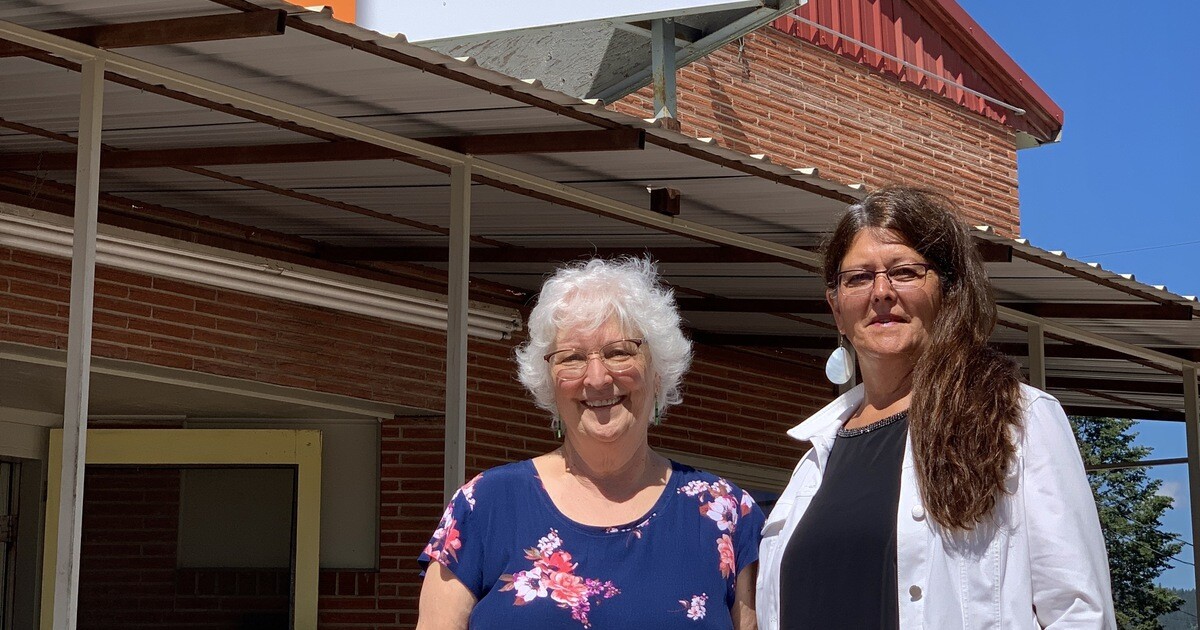 Colorful cans and boxes of food lined the shelves of the Arlee Community Development Corporation food pantry on a recent summer morning. Pantry workers, including program manager Donna Mollica, had stocked the day before, in preparation for a new week of distribution.

Although the shelves were full that morning, these days, Mollica says they don’t stay that way for long. The Arlee pantry usually has enough food on hand for 30 families per week. But demand doubled in April.

“So we were taken by surprise, and we ran out of food,” Mollica says.

Mollica says the pantry was caught off guard by the surge.

“It was really clear it was in response to inflation. We had people coming in that have never used a food pantry before.”

Mollica says many families in the Jocko Valley commute to work, and gas prices in Montana have been falling more slowly than in other states. Add to that rising rent and food prices, and the Arlee pantry found itself in the center of a perfect storm.

The pantry is not alone in seeing increased demand for food assistance. The Missoula Food Bank told MTPR the first months of 2022 were its busiest on record. Flathead Food Bank clients jumped by a third this spring, with first-time pantry users driving much of the increase.

Gayle Carlson is the CEO of the Montana Food Bank Network.

“What we are hearing from our agencies, over the last few months, is some pretty dramatic increases,” she says.

Carlson has led the state food bank network for nine years and says rural areas and communities dependent on retail, service industry and seasonal workers have particularly struggled to afford food these days as wages haven’t risen alongside expenses.

Despite the challenges, Carlson says she’s not too worried about the future of Montana’s food banks.

“I think that, if there’s ever a group of organizations that are resilient, it’s pantries, because they have found out how to make the best out of what little bit they have,” Carlson says.

Montana pantries are looking for solutions to keep up with the rising demand.

The Livingston Food Resource Center is working with Hopa Mountain, a Bozeman-based nonprofit, and other organizations to develop “food hubs” — networks of pantries across the state that will share access to locally-grown foods, programming and other resources.

Michael McCormick recently retired from a 12-year stint leading the Livingston Food Resource Center and says pantries should work to tackle what he called the root cause of food insecurity: poverty.

“Food pantries have a real opportunity to not be this invisible support for people in need — every one of them has the opportunity to step up and really make a difference in their community,” McCormick says.

And, back in Arlee, Donna Mollica and former Confederated Salish and Kootenai Tribal Chair Shelly Fyant are working on the pantry’s “food sovereignty” initiative — teaching Jocko Valley residents how to grow and cook using local foods and Indigenous techniques. Fyant said she first heard of the term at a conference while serving on the CSKT council.

“And one of the things that I heard at that gathering was, ‘a nation that cannot feed itself is not truly sovereign,'” Fyant says. “And so, being from a sovereign nation, I thought long and hard about that.”

The Arlee pantry also plans to use a new dehydrator to begin providing easy-to-prepare meals to local families, and Fyant is developing programming to teach entrepreneurial skills to Jocko Valley’s youth. Mollica and Fyant say they’ve acquired enough grant funding and donations to get by in 2023, but further increases in demand or prices could derail those plans.

Mollica says, despite the headaches, she doesn’t lose sleep over the pantry’s future.

“If we put our minds and our hearts together, and continue to do the good work that we do, the money that we need will come.”