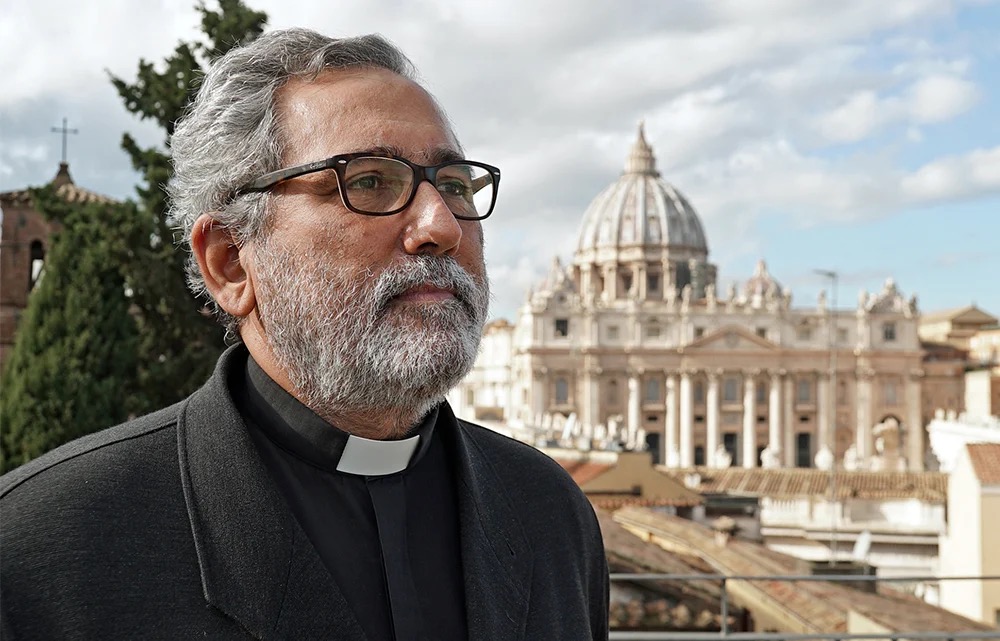 The Catholic Church’s financial chief warned in an interview on Friday that “a very uncertain period lies ahead” for the Vatican’s financial health, even as he reported significant progress in reducing the church’s budget deficit.

Rev. Juan Antonio Guerrero, prefect of the Vatican’s Secretariat for the Economy, said that Pope Francis’ reforms to the Vatican’s financial and investment policies have contributed to the deficit reduction detailed in the 2021 financial statement released on Friday.

The statement includes financial data for 92 entities of the Holy See but omits figures for the Institute for Religious Works, commonly known as the Vatican Bank, and the Governorate of the Vatican City State, which covers its museums, the police and other administrative offices.

Despite cuts to the church bureaucracy known as the Roman Curia, Guerrero said, expenditures continue to grow while revenues dwindle.

“There is no doubt that we cannot act only on expenses by reducing them,” he said. “There will come a time when they cannot be decreased further without compromising the mission, so we are also working on ways to increase revenues.”

In short, said the finance tsar, “The Pope’s mission is underfunded.”

The Vatican’s deficit, initially estimated to be €33 million, fell to slightly more than €3 million last year. Assets grew from €2.2 billion to €3.9 billion.

“The path taken continues and deepens,” said Guerrero in an interview with Vatican media published on Friday. Guerrero was appointed by Francis in January, 2020, to spearhead his efforts to reform the Vatican’s historically troubled finances.

We rely on our readers to fund Sight’s work – become a financial supporter today!

The reduction of the deficit was mainly attributed to a “favorable market trend” and positive exchange rate between dollars and euros, the report stated. “Lower revenues, due to lower donations and contributions, have been compensated by expenses savings and accurate real estate management,” it said.

In recent years, the Vatican has faced shrinking donations, and the COVID-19 pandemic has diminished its resources. Meanwhile, financial scandals, most prominently one over a controversial London real estate purchase that has resulted in the trial of a top cardinal, have cost the institution millions and inhibited donations from Catholics worldwide, a group whose numbers are already shrinking amid growing secularization.

Despite positive steps forward, Guerrero pointed out that the Vatican’s revenues depend heavily on market forces, and “when the financial results are not as favorable, as in 2020, an operating deficit emerges.”

The communications department remains the most expensive entity at the Vatican, costing a total of €40 million, the report showed. “Message diffusion” was the primary expense of the Holy See (€44 million), followed by supporting struggling local churches (€38 million).

Guerrero explained that every year the Holy See must sell assets amounting to €20 to €24 million to cover the costs of the Curia.

While helping reduce corruption and cut costs, the pope’s reforms have also added a strain on the Vatican’s finances. As an example, he offered Francis’ order that the highest appellate Vatican court, the Roman Rota, which grants annulments, stops charging for access, turning it from “being self-financing to being in deficit.”

“Catholic health care is itself going through a difficult time in Italy,” Guerrero said. Many Catholic-owned or managed hospitals struggle with debt. While the pediatric hospital Bambino Gesù “is economically healthy,” Guerrero said, the Casa Sollievo della Sofferenza is currently in an “economic crisis.”

Regarding the Vatican pension fund, Guerrero admitted that there is no doubt “we are promising more than we can actually afford.” He added that while there is still time to introduce corrective measures, “we must do it soon”.