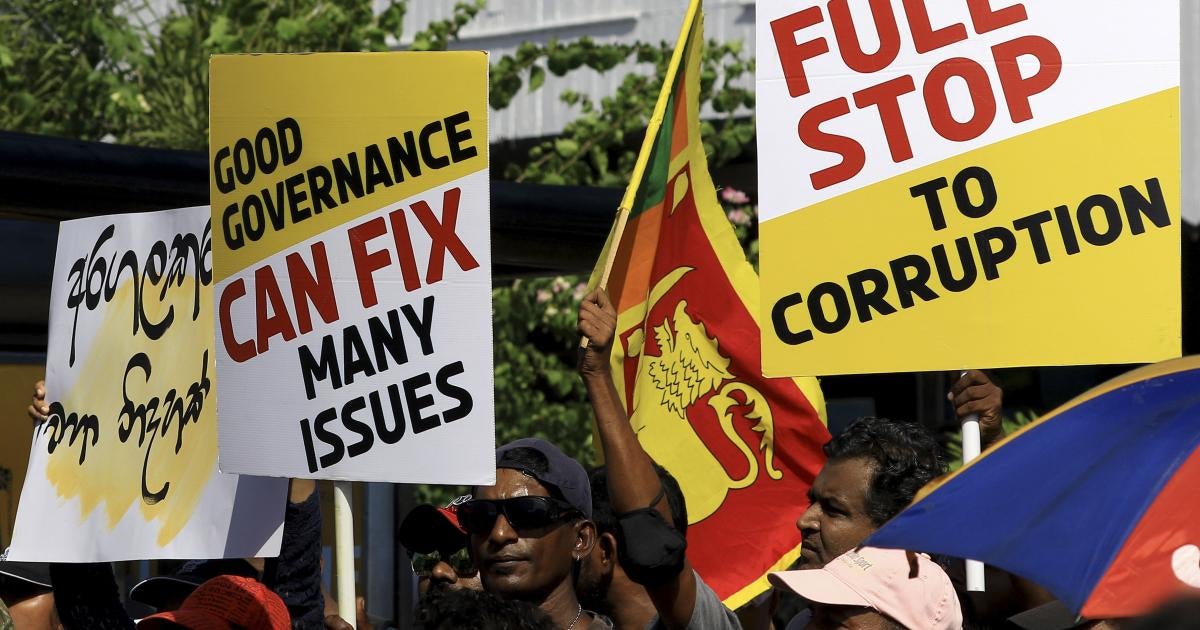 Sri Lanka’s economic turmoil has become a full-blown political crisis and humanitarian emergency. The government defaulted on its debt in May, for the first time in its history, after years of economic mismanagement that has enriched a small number of elites and emptied the public coffers. Since then, protesters have driven President Gotabaya Rajapaksafrom power, demanding an end to the corruption and misgovernance that has left millions of people facing acute shortages of food, fuel, and medicine.

Despite the many challenges facing the country, the new government of President Ranil Wickremesinghe seems more focused on suppressing dissent than on solving the economic crisis, even as it negotiates a loan from the International Monetary Fund (IMF).

The conditions the IMF places on this loan could either exacerbate the political and economic hardship or provide desperately needed relief while addressing underlying causes. The IMF should make clear to President Wickremesinghe that he needs to engage with the public, not silence them.

The program is expected to cap public spending, including public-sector wages, despite the IMF’s own guidanceacknowledging that public-sector wage cuts disproportionately harm women and encouraging alternative policies. It may also remove fuel and electricity subsidies and increase value-added or consumption taxes, which would drive up prices when millions are already struggling.

The IMF should use its leverage to ensure funding provides broad relief to Sri Lankans in a way that is transparent and accountable. A universal social protection program, recommended by the United Nations Development Program and UNICEF, would avoid the staggering error rates and systemic corruption that has undermined the efficacy of Sri Lanka’s main safety net program, Samurdhi.

To finance an expansion in social protection, the IMF and government should look to introduce progressive taxation. It should also heed protesters’ calls, backed by the US Senate Foreign Relations Committee, to root out systemic corruption and strengthen the rule of law.

Concrete measures the government can take include passing three anti-corruption bills that are currently before Parliament and reversing recent constitutional amendments that have undermined the independence of the judiciary, the human rights commission, and the bribery commission. It should also allow credible and independent investigations into corruption and support foreign governments to investigate, and if appropriate, return stolen assets hidden abroad.

Sri Lankans desperately need IMF support, but recent protests make clear that many seek reforms that will increase accountability and tackle the root causes of the country’s problems. The IMF’s actions should support these demands.