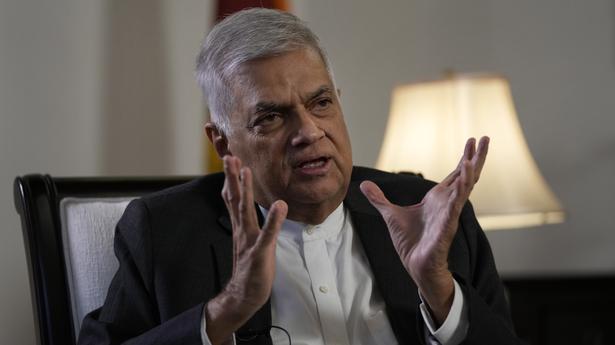 President Ranil Wickremesinghe has said Sri Lanka’s economic woes would last for another year and it will have to think outside the box and look at new sectors such as logistics and nuclear energy to revive the bankrupt economy.

“The next six months to one year I think till about July next year, we will have to go through a hard time,” he said, adding that for recovery Sri Lanka would have to look at new sectors such as logistics and nuclear energy. “One I believe in very much is logistics, if you see the growth of the Indian, Bangladeshi and Pakistani economies, logistics can have a big role to play here in Colombo, in Hambantota and Trincomalee. This is how we use our strategic position,” he said, referring to the two major ports of the island nation.

Sri Lanka is going through its worst economic crisis since independence in 1948. The export industry is badly hit by the fuel scarcity caused by the forex crisis.

What’s next for Sri Lanka? | In Focus podcast

Tourism industry, which was the backbone of the Sri Lankan economy, also got dented initially due to the COVID-19 pandemic and later owing to the economic turmoil. Mr. Wickremesinghe, who was elected the President last month by Parliament, will serve the remaining term of Gotabaya Rajapaksa, who fled the country and resigned amidst the massive anti-government protests.

Mr. Wickremesinghe, who has previously described Sri Lanka’s economy as bankrupt, said that economic reforms would require higher taxation. “Even taxation on wealth, we have to resort to those measures, first for economic recovery and second for social stability,” he said.

The President also said the country will have to consider getting into the nuclear energy sector. “More you have more energy you can sell to India, at the same time keep more renewable energy available. We have to think outside the box,” he said.

Having declared an international debt default in April, Sri Lanka is currently negotiating with the International Monetary Fund (IMF) for a possible bailout package.

However, the IMF program has hit a snag in the form of restructuring of debt. Even the World Bank has refused to provide any aid until a detailed macroeconomic policy is in place. Referring to the ongoing IMF bailout attempt, Mr. Wickremesinghe said the legal and technical advisers on debt restructuring are moving ahead with the task.

“First the foreign debt….and when you look at the official debt are we getting caught into the geopolitics of the region of Asia?,” he said. “It will be a period which we have not seen before, we have to look at both foreign debt and local debt, it is certainly going to be a difficult time. The first six months will be difficult,” he said.

“So we have to look at the political-, social- and economic dimensions of the reform, the restructuring that we are going to implement. We’ve already seen the economic impact as a shortage of oil and inflation in this country. In fact, it came onto the political scene as a social scene”, Mr. Wickremesinghe said, referring to the months-long street protests which culminated in the ouster of former President Rajapaksa.