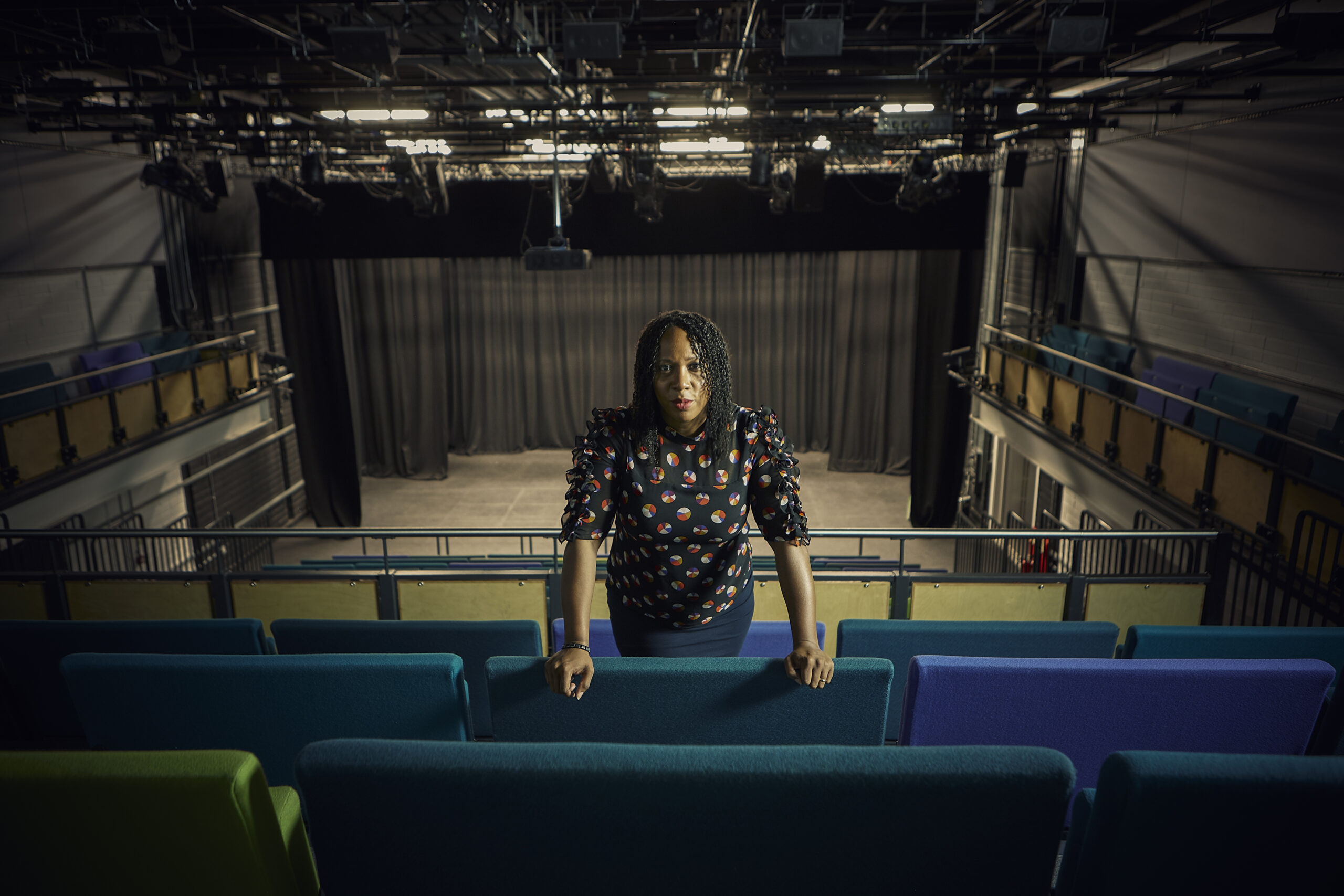 The CEO and Artistic Director of Theater Peckham, Suzann McLean, has been nominated for the 2022 Black British Business Awards (BBBAwards).

The BBBAwards celebrate the exceptional performance and outstanding achievements of black professionals and business owners in the UK.

Since joining Theater Peckham, Havil Street, in 2018, she has helped it establish its own academy, win an ‘Offie Award’, and nurture a community where people are their “unapologetic selves”.

An actor and director herself, her projects have seen graduates head to the West End and win BAFTA awards.

The 48-year-old born and bred Londoner said winning the award “was genuinely such a surprise”.

“Arts charities, not being commercial entities, are areas that get left out of thinking about business and business achievements. People tend to think of value as based on financial value”, she said.

But before Suzann joined, the theater was seeing people begin their journey at Theater Peckham, but then heading elsewhere.

She said: “We were finding that people would train and drop off at the ages of fourteen and sixteen and go to other places. John Boyega’s story is that and I totally respect that.

Both the Theater Peckham Academy and Young Peckham offer young people the skills and inspiration they need to succeed in creative industries.

Suzann says the schemes aim to “develop the talent of young people and give marginalized communities the opportunity to be unapologetically themselves”.

She added: “In my time at drama school it was about neutralizing who you are as a person to become an actor and then you take on these other forms.

“Things felt more robotic – trying to pretend ‘we can’t see that you’re black’. I want you to see me!”

Asked whether detaching from the self wasn’t an important part of acting, Suzann said: “100 per cent you are taking on a role but your physical attributes are still present so you can’t deny that.

“You are given the circumstances of a character, which are obviously different from me and my background, but how I share that still comes from my own body.”

Do you want to take part in a queer adaptation of Jane Austen’s Pride and Prejudice?

Suzann said one of her proudest achievements at Theater Peckham was putting on their contemporary performance of the 90s Channel 4 sitcom ‘Desmond’s’.

She also said she enjoyed winning an Offie Award which she said “recognized the work we do as a whole rather than a specific production which encapsulates who we are as an organization”.

With Prime Ministerial hopeful Liz Truss recently announcing she would ditch ‘diversity and inclusion’ jobs in the civil service, the News asked Suzann why she believes inclusion is important in the business industry.

Suzann said: “For me the point we need to get to is saying that it doesn’t matter and that any role and any opportunity out there will be given after a fair process.

Asked about what’s coming up at Theater Peckham, Suzann said to look out for ‘Mental’, a piece of spoken word theater about men’s mental health.

The official announcement of the 2022 Black British Business Awards winners will be on September 30.