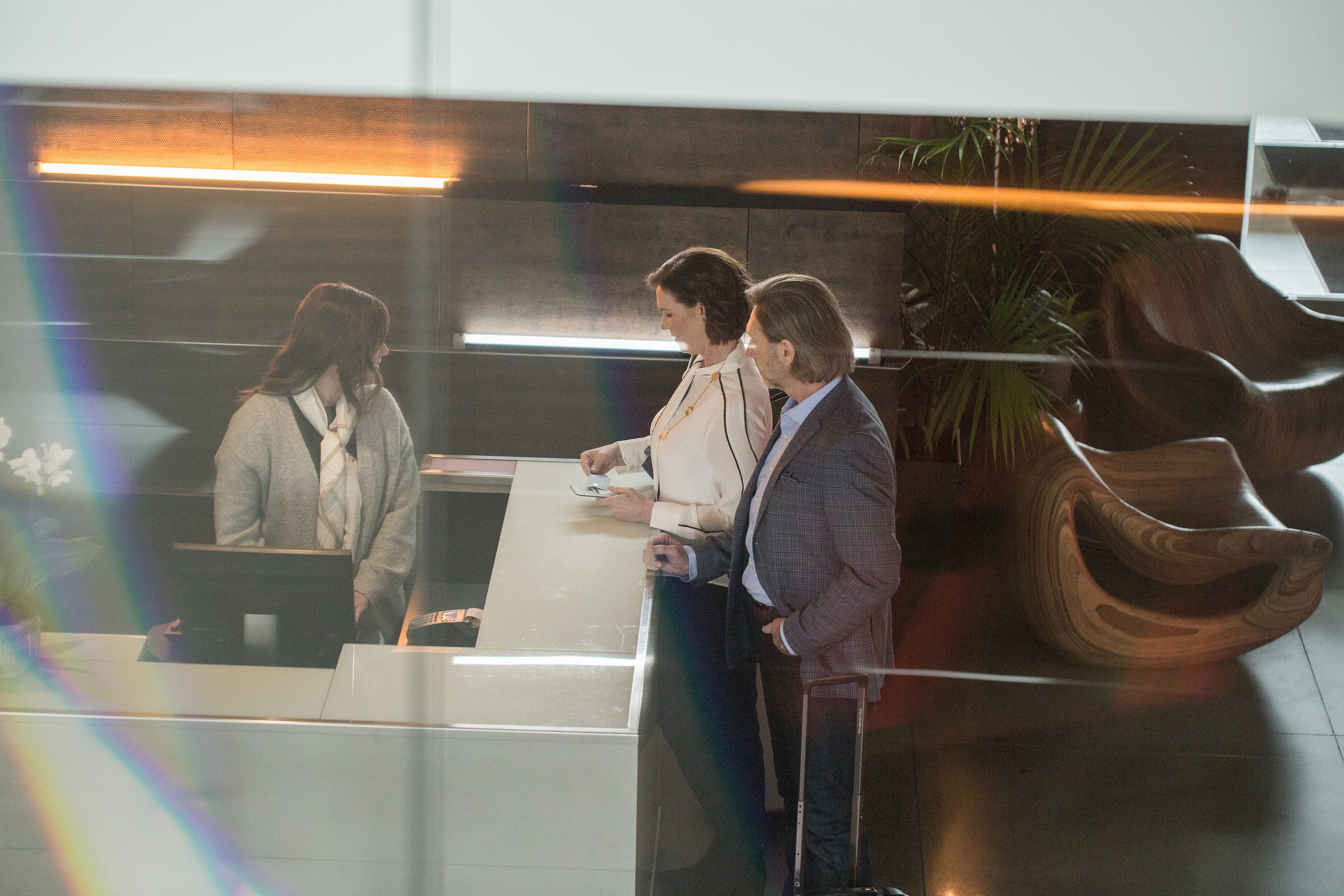 Dividend stocks are typically mature, established companies with low growth rates but with the ability to generate ample amounts of cash that they pay out to shareholders. Unless an economic or industry-wide downturn occurs, solidly built companies are rarely tested on their ability to pay dividends. Sometimes, companies are additionally structured to pay out most of their earnings to shareholders.

But that hasn’t always been the case. Several companies suspended or cut their dividends in the wake of severe pandemic-driven declines. Disney, for one, still hasn’t reinstated it. However, resilient businesses maintained their dividends even under harsh economic conditions. American Express (AXP 0.41%) is one company that has raised its dividend for many years, and shareholders should expect it to hold up in any market.

Resilient customer base and tight management

American Express targets an affluent customer base with a penchant for travel and leisure. It offers perks in those areas that attract card members and generate growth. At the beginning of the pandemic, when people who could afford to travel had no choice but to curtail travel and entertainment (T&E) spending, this strategy contributed to a slide in revenue. However, in a show of superlative resilience, the company remained profitable even at its highest declines, which were 29% year over year in the 2020 third quarter. It quickly bounced back due to a quick recovery in non-T&E spending and the company’s “robust underwriting and risk management capabilities.” The resilient consumer base and a history of tight management kept the company in great operational shape despite challenges, although it did not raise the dividend in 2021.

The company quickly developed a strategic recovery plan to attract new customers through a credit card refresh program as well as offering new services for its small business solutions. These put it in an excellent position to get back to growth as the economy recovered, and they are now helping American Express successfully navigate ongoing macroeconomic problems.

While most retailers have been reporting pressure over the past few months, American Express posted phenomenal growth in the 2022 second quarter. Revenue increased 31% year over year to a record $13.4 billion, with network volume up 25% to nearly $400 billion. Provisions for losses, which is the money it sets aside to cover write-offs, increased to $410 million after it decreased by more than $600 million last year. That affects its net income, which declined 14% to almost $2 billion, from $2.3 billion last year. Earnings per share of $2.57 beat average analyst estimates of $2.41.

There were tailwinds despite the generally pressured spending environment. These include the continuing resumption of travel, specifically corporate travel, as well as a surge in goods and services, the company’s largest category. US Consumer Platinum, Gold, and Delta Airlines co-branded Cards each reached acquisitions. American Express’ card refreshes have drawn millions of new cardholders, specifically in the millennial and Gen-X target age groups. Management has been steering the company in this direction to capture market share in this cohort as its spending power increases. Spending for these categories increased by 48% in the second quarter. The investments in capturing a share of this market have already paid off and are likely to result in loyalty and greater spending going forward.

Where is the dividend now? 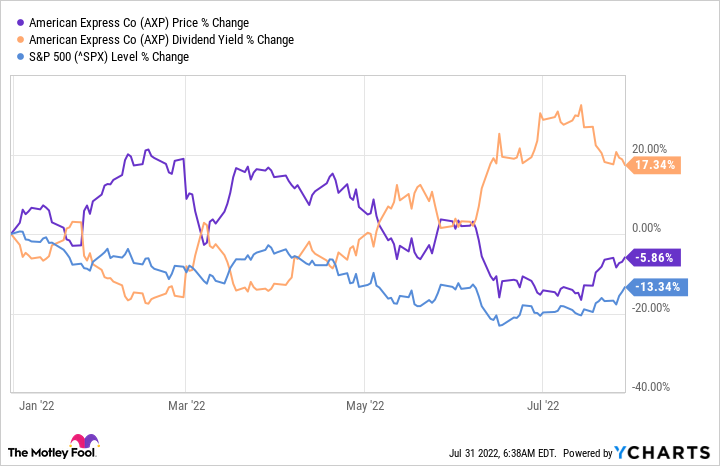 But the dividend itself keeps growing, increasing 160% over the past 10 years. It’s also safe under any market conditions, making it a top choice for a secure dividend stock in a diversified portfolio.