Considerably one of the most notable and respected grand-slam tournaments of the year, Wimbledon is back in full swing and so is its fashion. From tennis whites, to stripes, and the occasional pop of color, celebrities dressed their best for the two-week tournament. Below, find some of our favorite looks from Wimbledon 2022.

One could never go wrong with a classic striped button-down, and Meghan Markle’s rendition of this look paired with classic wide-leg trousers is a testament to that.

Stripes definitely had a moment at this year’s Wimbledon. Styled with a classic laid-back suit on Tessa Thompson, the look is a harmonious combination of both slick and laid-back. 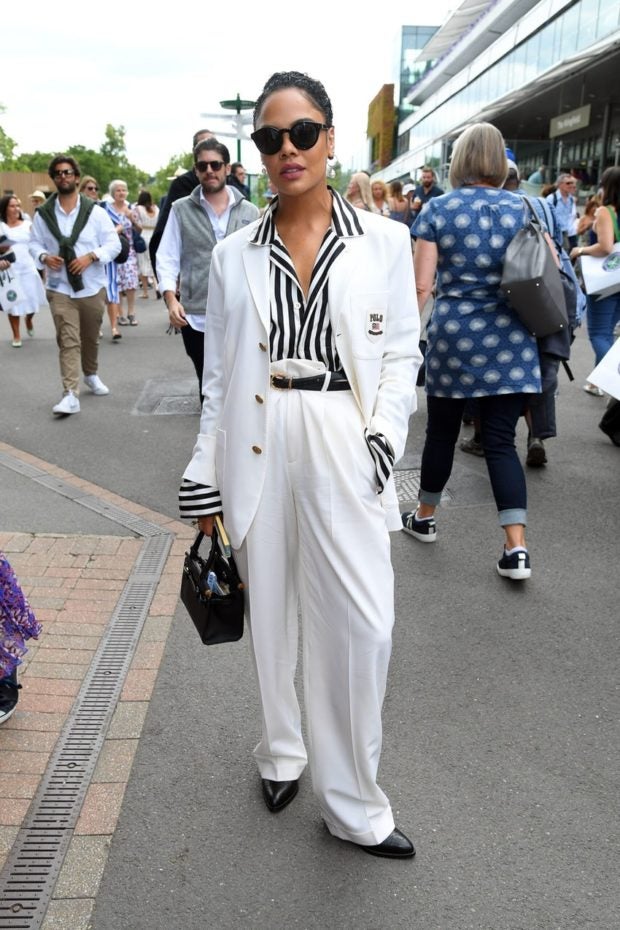 A contemporary take on a classic all-white ensemble, Adwoa Aboah’s butter-yellow coat not only gives length but also adds a refreshing pop of color. 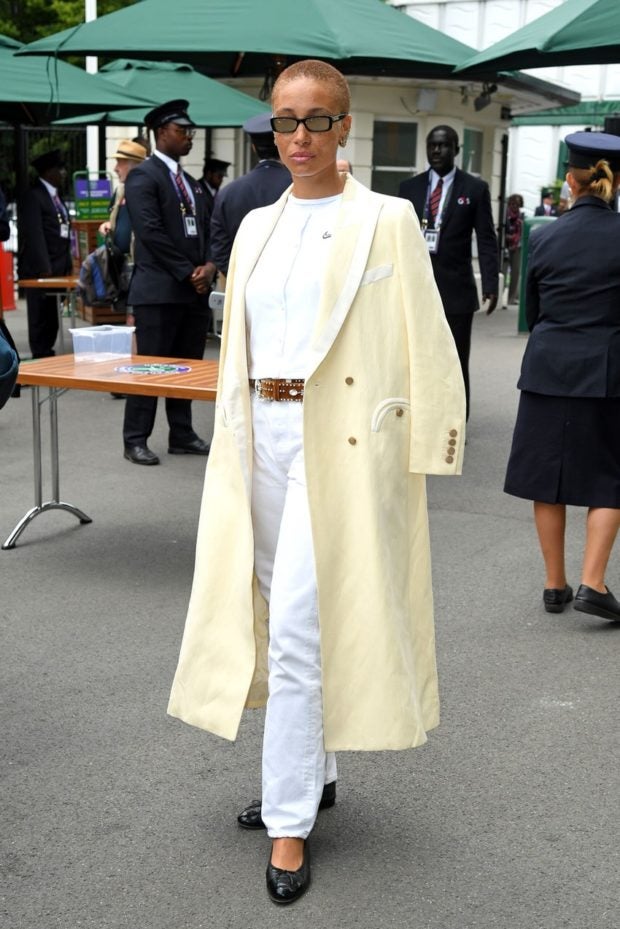 Lots of soft butter-yellow tones have been making an appearance at this year’s Wimbledon and we’re not complaining! Seen here on Daisy Edgar-Jones, the Where The Crawdads Sing actress paid homage to the trend in a simple slip dress number paired with open-toed sandals. 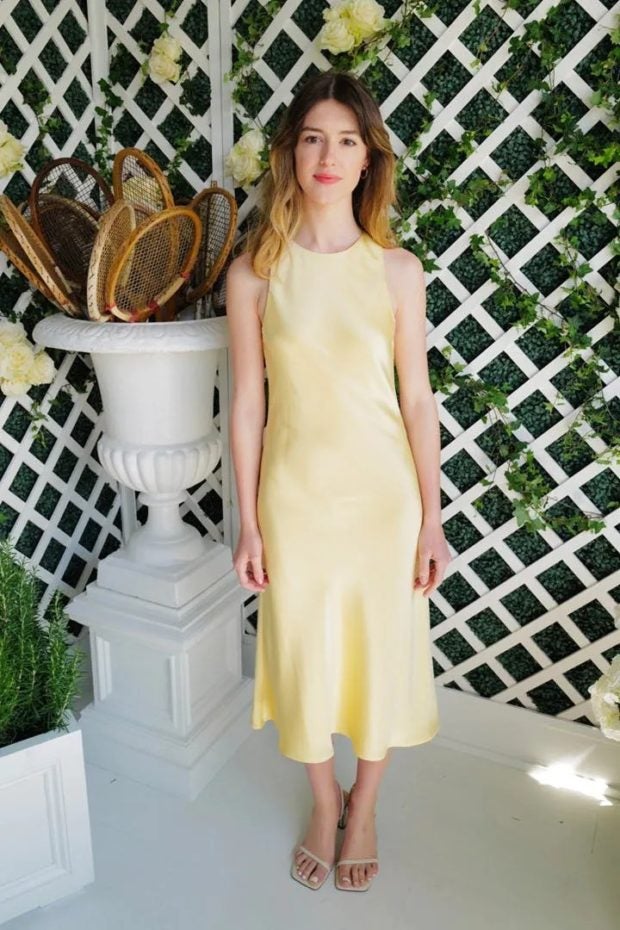 It would not be Wimbledon without a royal in attendance and Catherine, Duchess of Cambridge has been doing the absolute most with her fashion looks this year. Seen here in a refreshing blue polka dot frock accompanied by her husband Prince William, it’s safe to say that there isn’t just one champion this year. 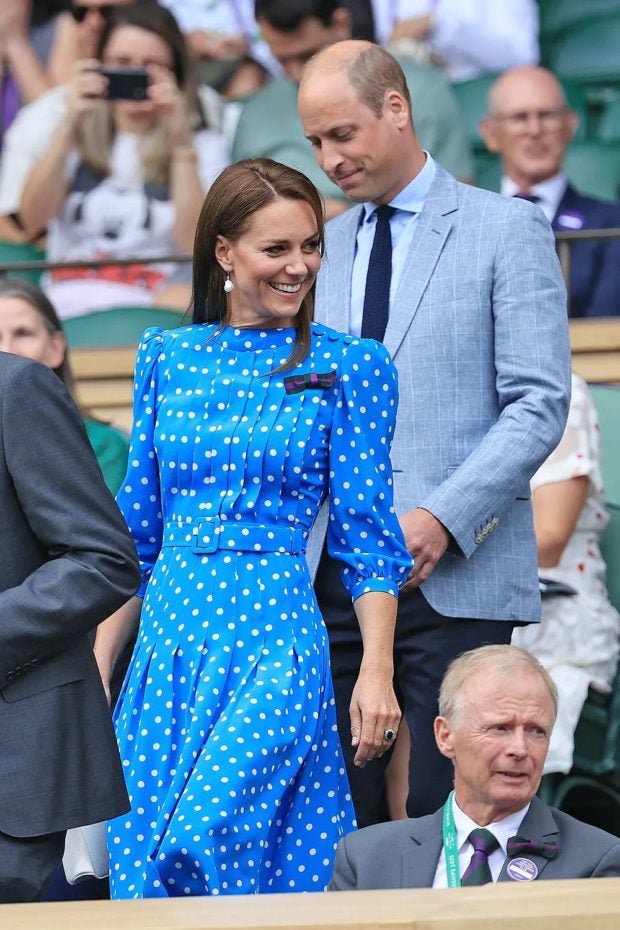 Olympic diver Tom Daley stunned in a chartreuse colored suit as he sat amongst Wimbledon spectators this year. Paired with a light pink tie and some casual sunglasses, this ensemble is exactly how Wimbledon Menswear should be. 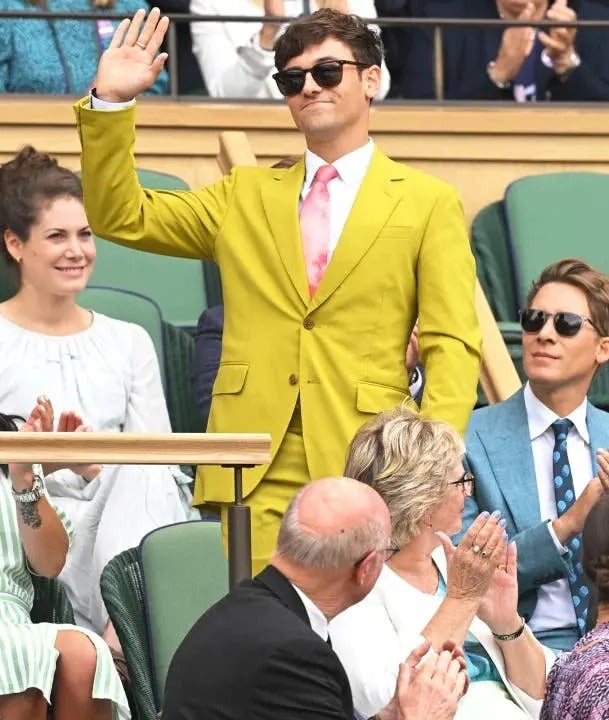 I’ll tell you what I want, what I really really want, and it’s Mel C’s orange suit moment. Another color moment in a sea of ​​tennis whites, this ensemble reminds us that it’s alright to have a little bit of fun with your Wimbledon looks! 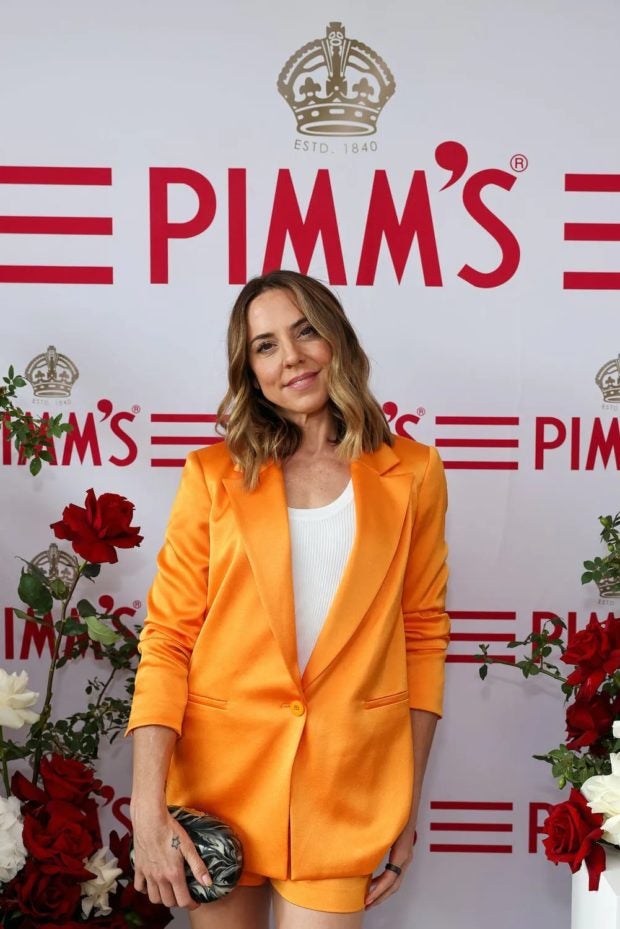 Everyone’s favorite British it-girl Alexa Chung followed suit with a more traditional take on Wimbledon attire, and we’re here for it! Decked out in a sleek all-white three-piece suit set, and black slingback sandals, the model and TV Host has reminded us once again why she is a style icon of our generation. 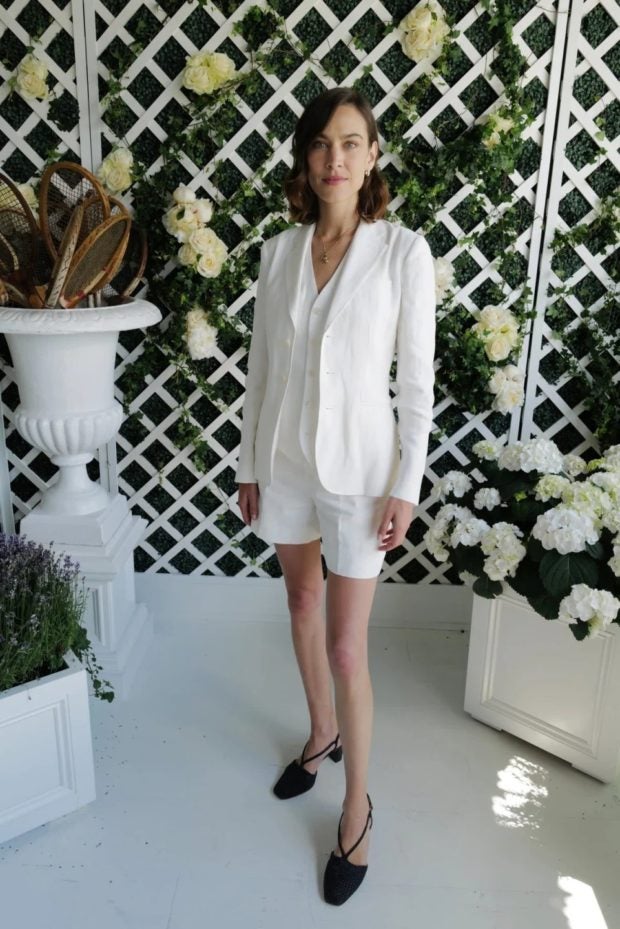 Get the latest lifestyle news delivered to your inbox