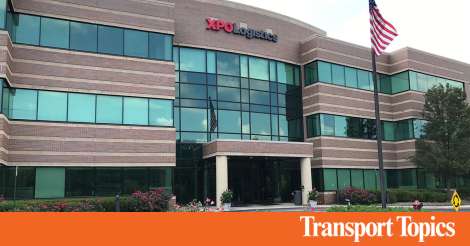 [Stay on top of transportation news: Get TTNews in your inbox.]

The Greenwich, Conn.-based truckload and less-than-truckload carrier also announced a leadership change; CEO and Chairman Brad Jacobs will step down and Mario Harik will take over as CEO after the company spins off its high-tech truck brokerage business in the fiscal fourth quarter.

Harik was also named president of the LTL business. He had served as acting president since October. 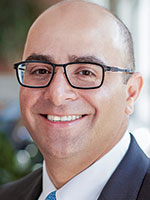 XPO reported net income from continuing operations attributable to common shareholders was $141 million compared with $113 million for the year-ago period.

Adjusted diluted earnings from continuing operations per share, a non-GAAP (generally accepted accounting principals) financial measure, was $1.81 for the second quarter compared with $1.22 for the same period in 2021.

XPO’s financials exceeded Wall Street’s expectations. According to SeekingAlpha.com, analysts had forecast revenue of $3.19 billion and an EPS of $1.51.

It was our company’s ninth straight quarterly beat on adjusted EBITDA.

“In the second quarter, all of our reported metrics were ahead of guidance and consensus. It was our company’s ninth straight quarterly beat on adjusted EBITDA,” Jacobs said. “Our North American less-than-truckload network and our tech-enabled brokered transportation platform have tremendous momentum heading into the spinoff, when we expect to separate these businesses into independent companies.”

In July, XPO announced its planned spinoff will be named RXO, which is expected to begin operations in the fourth quarter.

Operating ratio measures a company’s expenses as a percentage of revenue and determines efficiency. The lower the ratio, the better the company’s ability to make a profit.

XPO said its revenue from its North American, less-than-truckload, truck brokerage, final-mile and other brokerage services increased 1.6% to $2.5 billion from $2.46 billion a year ago.

The company said the improvement was due to a 16% annual increase in its North American truck brokerage volume, especially on its digital platform, and also benefiting from an increase in overall industry pricing.

Host Mike Freeze gets Jason Gies, Navistar’s VP of eMobility, to spill the tea on everything from how fleets are charging now to how far policymakers are willing to go to up the public electric truck charging game. Tune in above or by going to RoadSigns.TTNews.com.

“In our North American transportation division, led by Drew Wilkerson, our truck brokerage business again sharply outperformed the industry. We delivered our seventh consecutive quarter of double-digit volume growth in truck brokerage, up year-over-year by 16%,” Jacobs said. “Our XPO Connect digital platform is the force behind this growth, with a 74% year-over-year increase in weekly average carrier users, and 80% of orders created or covered digitally, up from 74% in the first quarter.”

With regard to the upcoming leadership, Jacobs and Harik have had a long relationship and Harik is one of the first employees Jacobs hired in 2011 when he founded XPO.

“Mario has been key to XPO’s success since our earliest days, working side-by-side with me to build the company into an industry leader and innovation powerhouse,” he said. “He has a deep understanding of our business, and he’s the architect of our industry-best technology platform. I’m confident that we’ll have a seamless transition from Mario’s current role as LTL president to his leadership of XPO as a stand-alone LTL company.”